Suspected bandits attacked a passenger train headed to the northern Nigerian city of Kaduna from Abuja, the capital, on Monday evening after they trapped the train, the Kaduna state government said.

One passenger, Anas Iro Danmusa, posted on Facebook that bandits planted explosives that halted the train. He said bandits were trying to force themselves inside the train and gunshots were being fired outside the train.

No group has claimed responsibility for the attack, and no casualties have been confirmed.

"The military has secured the Kaduna-bound train from Abuja trapped by terrorists," a spokesperson for Kaduna state government said. "Efforts are ongoing to convey the passengers from the location and others that sustained injuries have been rushed to hospitals for urgent medical attention."

It is the second train attack since October in Nigeria, which faces an Islamist insurgency and armed bandits that have kidnapped hundreds of students, travellers and villagers for ransom, leaving the population terrified.

Some people have opted to travel by rail after several kidnappings by armed bandits on Nigerian highways, especially in the northwest of the country.

The train was stopped about 25 kilometres to Kaduna when the attacked happened, an official of the Nigerian Railways Corp (NRC) said, adding that a family relative was also trapped on the Kaduna-bound service. 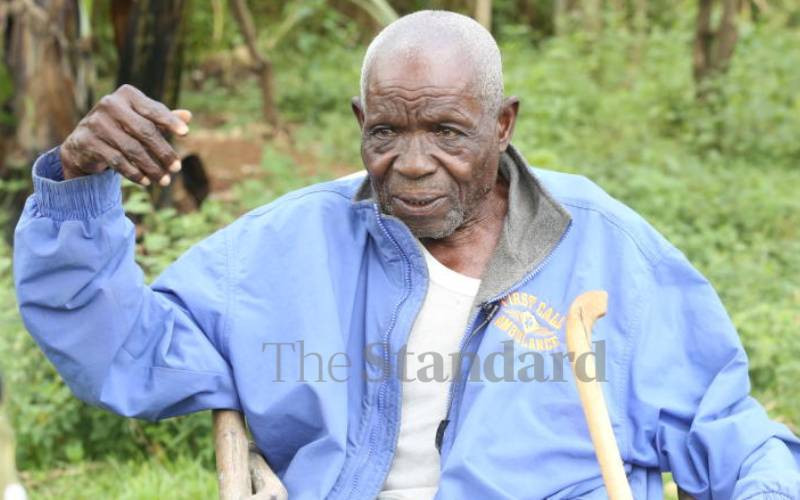 Man who returned home after 47 years to find his wives remarried, speaks
Western
By Benard Lusigi
6 mins ago
Premium Why children frown at sukuma wiki
HEALTH
By Priscilla Kimani
26 mins ago
KFCB's banning of LGBTQ films is most absurd
Opinion
By Alvin Mwangi
36 mins ago
49 State Departments in Ruto's government thar are in need of PSs
National
By Brian Okoth
50 mins ago
.

By Benard Lusigi 6 mins ago
Man who returned home after 47 years to find his wives remarried, speaks