By Peter Theuri | 7mos ago 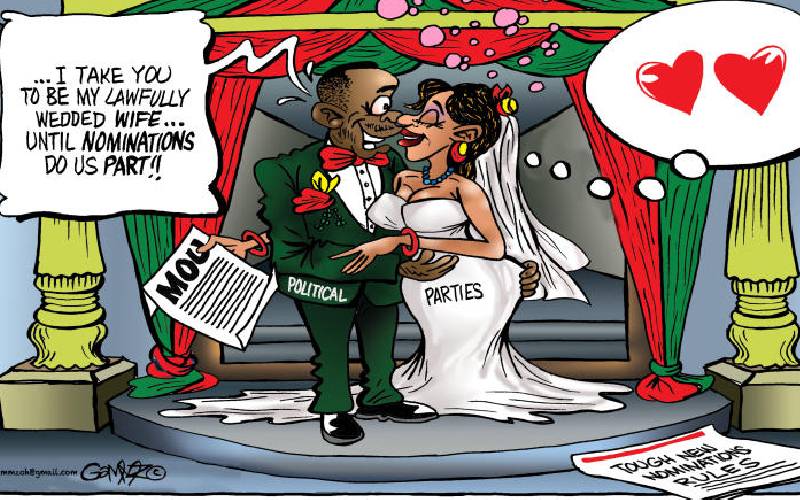 There comes a time, said Harold, when political interests have to give way to love.

Coming straight off the earthquake, we needed to mend fissures. Only love has the potential for healing of such magnitude. Enter 14th, Valentine’s Day.

If you remember, Harold bought Sue flour for Valentine’s last year and when she asked him for money, in local lingo “dooh”, he kneaded dough and slapped it on the table. After a disgruntled Sue walked out on him, it became my duty to beg her to find a way to accept him before this year’s Valentine’s Day.

Things, however, changed with the arrival of Clarissa and her young son Paul. Harold calls Paul the apple of his eye and Clarissa has always wanted to know what the tree that produces the apple would get on a day when lovers all over the world would be buying each other fake, plastic flowers.

A broke Harold was denied a loan by Sue, who is the biggest local lending firm. Sue knew what the loan was going to be used for. Previously, he has taken, and defaulted on, loans, ensuring that he is always under stern sanctions from Sue. One of the sanctions is the denial of beer on credit.

So this Valentines, a penniless Harold sent me to Sue to negotiate for a loan. He would pay within days, he promised.

He was planting his own roses so he would never bother anyone in the future, he made it clear.

Off to Sue’s I went. Wherever Harold sends me, I go. I am careful, however, not to say whatever he sends me to do.

At Sue’s, we discussed matters of importance such as party affiliations, where I promised I was going to help rig her into power.

I also promised I was going to ditch Harold when the time was due. I was doing practically anything so when I made my pitch for the loan, I would have it easy.

But just as I was about to make my submission, Sue asked, “Will you be my Valentine?” Ladies and gentlemen, it is against my culture for a man to date his aunt, or former aunt, and so I was shocked at this bizarre suggestion.

However, we all should remember that before Clarissa came around, Sue was the single most beautiful lady in the place and often, Harold lambasted me for ogling at her.

I, therefore, was not going to blow this chance. See, if she gave me some money for Valentines, I would finance Harold’s date with Clarissa and would even discreetly fund his candidature.

I agreed and went home to Harold. I informed him that Sue was unwilling to commit to funding his Valentine’s but that she would think about it.

Monday morning, I left the house and met Sue at the shopping centre. I lied to Harold I had gone to church to pray for those who did not have lovers. He said he was going to spend his day indoors.

Sue was in red and was ready for the day. I asked her for pocket money but she declined, telling me that she had a surprise for me at her house.

So we trudged to Sue’s, arm in arm, talking little sweet things, like candy and more candy. She then offered to blindfold me. Moments later, she led me inside the house.

“Surprise!” she said and tugged away the blindfold. At the same time, her other hand undid a blindfold on another man’s face and there we stood, Harold, in his red cassock, and yours truly, staring at each other like we had always done when he dated Sue.

Jailing of journalist may make media houses to fear reporting on graft
Opinion
By Demas Kiprono
35 mins ago
Children with down syndrome need our love and support
Opinion
By Claire Wasilwa
35 mins ago
There are lessons galore from John Waluke's jailing
Editorial
By Editorial
35 mins ago
Ketraco to construct high voltage power line between Narok, Bomet
Business
By Macharia Kamau
35 mins ago
.