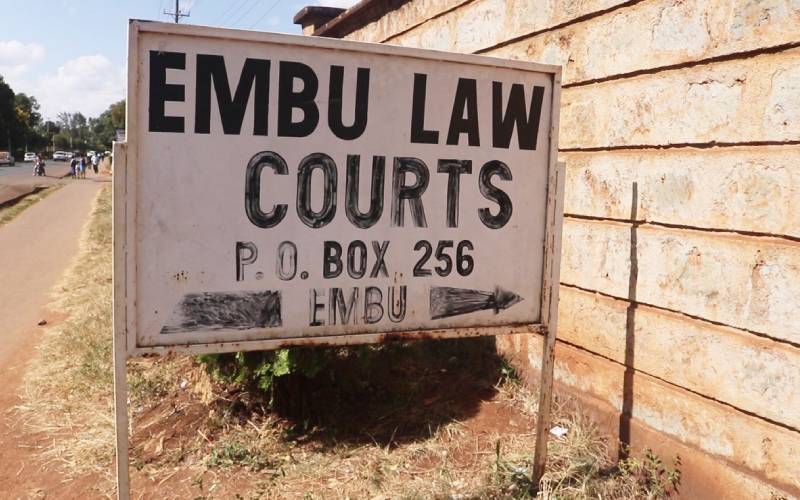 A woman is asking for forgiveness for abandoning her three-week-old baby in revenge.

Joyce Mukami who was raised by her grandmother in Embu County said she abandoned the baby just the way her parents did to her when she was nine.

Mukami, who changed her plea of not guilty, to guilty faced charges of cruelty and neglect to a child.

On January 17, in Embu town, she is said to have abandoned the baby by placing him on a chair at Favour Salon and disappeared. She pretended to have gone to the washrooms.

According to the court records, Mukami had informed her grandmother that she was to take her baby to his father who lives in Sagana but instead went to the salon along Mama Ngina Street in Embu town.

The prosecution told the court that the salonist made a report to the police when Mukami did not turn up. Through the police Protection Unit the baby was taken to Embu Children’s Home.

Mukami in her mitigation before Senior Principal magistrate Henry Nyakweba said she regretted her actions and sought the court's forgiveness.

“I was abandoned by my parents at the age of nine and raised by my grandmother. I beg the court to forgive me. I will not repeat the offence. I beg to be released and will take good care of my child,” Mukami pleaded.

The magistrate noted that the accused was a first-time offender and was remorseful, but ordered for social inquiry to be conducted and a report be filed by March 22.

“If what she has told the court is true concerning her upbringing, the best sentence will be non-custodial. I order that she undergoes counseling and psychosocial support before imposing any such sentence,” ordered Nyakweba.

Ruth Matete recalls horrific incident that left her back scarred
Showbiz
By Fay Ngina
8 mins ago
William Ruto's 100-day priority list to inform agenda as he 'opens' 13th Parliament
Politics
By Josphat Thiongó
17 mins ago
Moses Kuria: Controversies, employment history and rise to Cabinet
National
By Brian Okoth
18 mins ago
Five natural ways to increase the size of your breasts
Living
By Esther Muchene
36 mins ago
.