When the history of conservation in the country is finally written, Mau forest will occupy several chapters.

The forest has over the years become synonymous with the battle to protect the country’s water towers, punctuated by tales of evictions and affected families crying out in cold squatter camps.

The 455,000-hectare water tower comprises 22 blocks that sustain the flow of water to documented 12 rivers and lakes across the region, with most of the evictions taking place in Maasai Mau and Mau Eastern blocks. 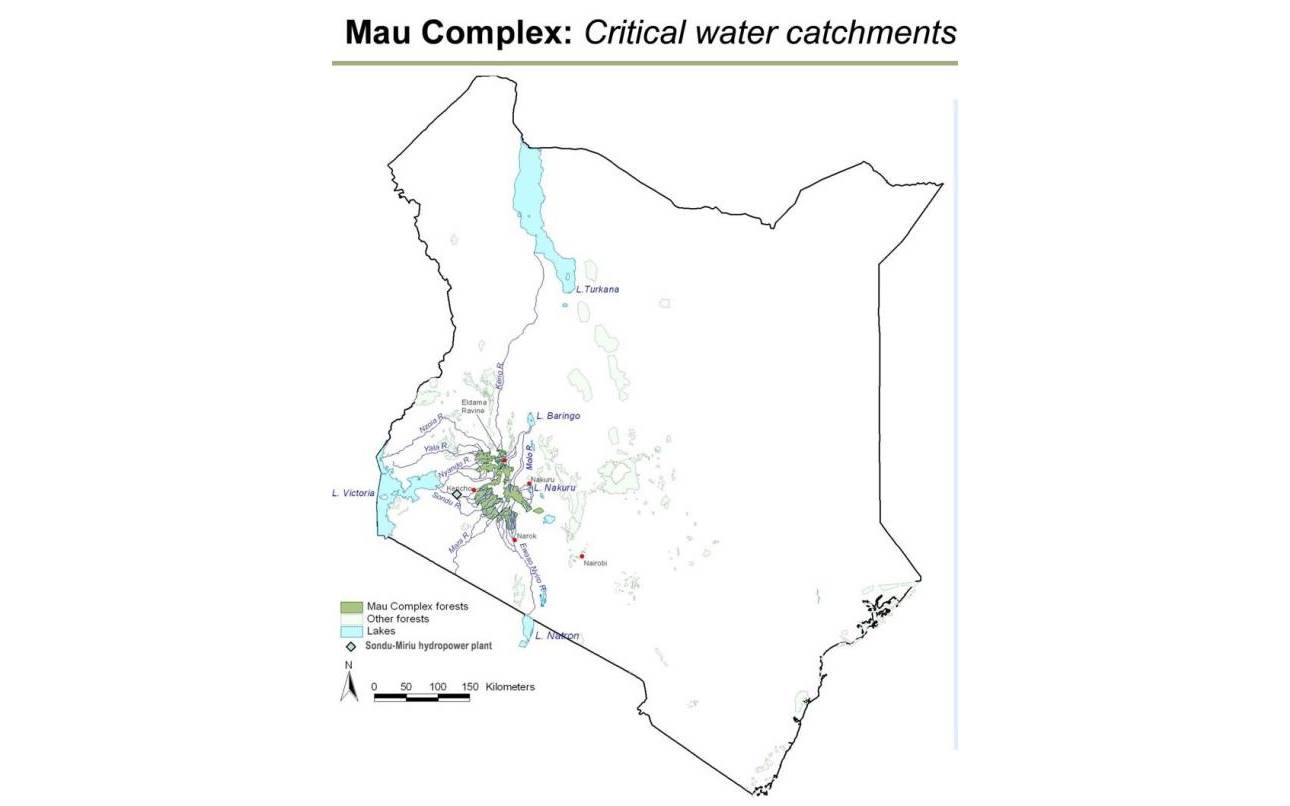 These are the most encroached areas in one of the country’s most treasured World Heritage Sites.

While the forest complex is the source of 60 per cent of Lake Victoria, which is shared between Kenya, Uganda and Tanzania, the forest is also key in supporting farming activities and electricity production.

The Mara-Serengeti ecosystem shared by both Kenya and Tanzania is also dependent on the forest complex to sustain the flow of the Mara River that supports one of the world’s wonders.

Tanzania’s Lake Natron, a key breeding ground for migratory birds and a home to millions of flamingos is also dependent on the forest, just as Kenya’s Lake Nakuru and Elementaita.

Greenlife Nature and Ecosystem Network Director Richard Keter said Mau forest plays a critical role in the flow of many rivers in the region.

“Mau forest Complex is not only a resource to Kenya, East Africa entirely depends on it to sustain the flow of its rivers. It is a key resource that should be protected by all means,” Keter said.

As recognition of its status, the forest complex was admitted to the Queen’s Common Wealth Canopy, a status expected to raise global awareness and boost conservation as the largest indigenous Mountain Forest in East Africa.

Despite its status, restoration efforts have also been hampered by politics and numerous court cases seeking to stop the eviction of people living in the forest.

These efforts have however helped maintain the spotlight on the significance of the forest and helped in saving huge tracts previously occupied by squatters.

Between 2008 and 2010, for example, the then Prime Minister Raila Odinga initiated a drive to reclaim the Mau Complex. The programme was withdrawn after it was politicised.

About two million trees were planted in some sections of the complex.

In 2009, more than 1,000 settlers in South West Mau were also kicked out. Rhino Ark has since fenced some section of South West and Eburu forest within Mau to avoid encroachment.

In November 2019, Environment Cabinet Secretary Keriako Tobiko said over 35,000 hectares had been reclaimed in the Maasai Mau. The restoration was done in phases. Phase One that ended in 2018 recovered more than 11,000 hectares and the 2019 Phase Two reclaimed more than 22,000 hectares. 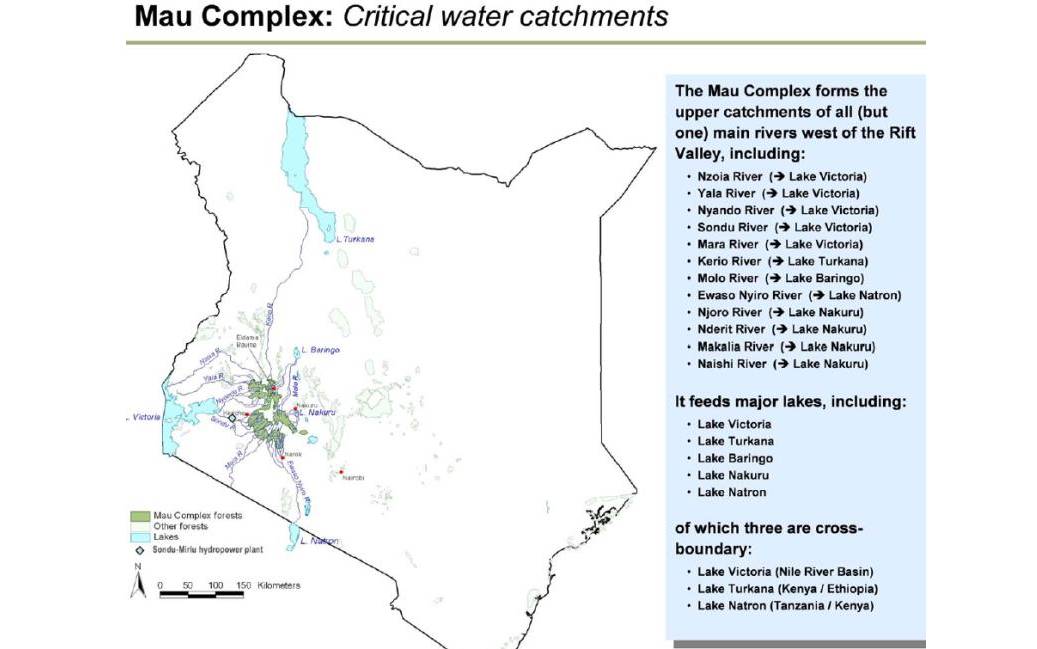 In the same year, more than 10,000 families were evicted from the forest.

“The efforts to restore Mau over the years have been successful. Replanting has been key,” Dr Isaac Kalua, former Kenya Water Tower Agency chairperson said.

According to Mau Ecosystem conservator Frank Misonge, 238.1 hectares has been rehabilitated with 225,780 seedlings. However 4,432.9 ha are yet to be planted, of which 2,000 will be left for regeneration.

“We now have additional 6,000 hectares recovered through evictions that require urgent planting as all of it is degraded,” Mr Misonge said.

And while there are still swathes of bare land yet to be replanted, Njoro MP Charity Kathambi said of the more than six million acres of forest land across the country, five per cent translating to 300,000 acres have encroached in 109 forests across the country.

“The current forest cover is 6.9 per cent and most of the reclaimed areas of the forests are still bare, meaning a lot has to be done on replanting,” said the MP, who is also a member of the National Assembly’s Environment Committee.

In 2001, 35,301 hectares of forestland in the water tower was excised for human settlement in Elburgon, Kuresoi, Keringet, Kiptagich, Njoro and Olposimoru. The change in land cover increased cropland which had adverse effects on the water generating ability of the water tower.

“By 2009, more than 40 water sources had dried up and water flow in Sondu River became irregular, making it impossible for Sondu-Miriu hydropower plant to run in the dry season,” the policy brief stated.