By Lydiah Nyawira | 2yrs ago 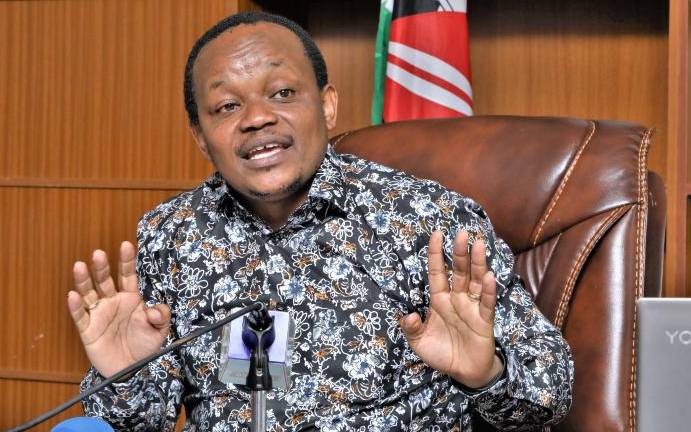 Nyeri Town MP Ngunjiri Wambugu (pictured) has called for the immediate replacing of Jubilee Deputy Secretary-General Caleb Kositany saying the MP has tarnished the name of the party.

Speaking at his office in Nyeri, Mr Wambugu said that Mr Kositany has been a senior official of the Jubilee party since its formation and his allegations that the party was misusing funds were political.

Kositany alleged lack of transparency at the offices of the ruling party adding that they were carrying out their own investigation and would release the results.

He noted that Kositany was one of the MPs allied to Deputy President William Ruto who had lost their grip on the party and had vowed to destroy the party.

“What the party Deputy SG Kositany was attempting to cast aspersions on the Jubilee in an attempt to destroy the Party, and I urge the Party Leader to reorganise the party leadership outside parliament,” he warned.

Wambugu stated that similar changes in the party leadership within the Senate and National Assembly were necessary outside Parliament and asked for President Uhuru Kenyatta to do the same for Jubilee Party.

“We cannot have leaders like Kositany representing the party at any level as they continue to publicly allege the theft of funds entrusted to the management of Jubilee,” Wambugu warned.

He said Kositany should have used the protocols in place within the party to make his complaints instead of going to the media.

“This is simply an attempt to portray the party and the party leader in a negative way he cannot claim to be oblivious of any alleged fraud. His statements are an attempt to destroy the party, “the Nyeri Town legislator stated.

He said Kositany’s statements were an attack on the integrity of the party in an attempt to destroy the party which is the most popular parties in the country.

By Mate Tongola 26 mins ago
Japhet Koome: A profile of President Ruto's nominee for IG