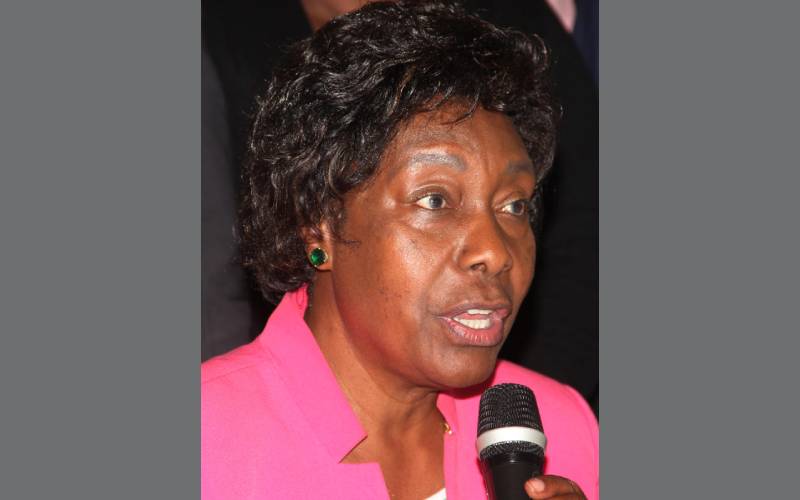 Kitui Governor Charity Ngilu (pictured) has temporarily stopped the county assembly from debating an impeachment motion that seeks to remove her from office. The impeachment motion has been halted by way of conservatory order obtained by Ngilu on Thursday evening at Milimani High Court. It bars the assembly from tabling and debating the motion until an inter partes hearing on July 6. In her petition, the governor has listed the county assembly as the first respondent while the Assembly Speaker George Ndoto is the second respondent. Assembly Clerk Elijah Mutambuki is listed as the third respondent. Following the conservatory order that gives Ngilu a reprieve, the assembly will not continue with impeachment motion that was to be tabled today. Stone crusher The county assembly was given three days from the date of receipt of the order within which to file and serve their pleadings and submissions ahead of the hearing. Ngilu says she was not accorded a fair hearing by the assembly before the MCAs decided to impeach her. She will also be seeking to tell the court that there was no public participation on the matter. The MCAs seeking to oust Ngilu from office have however said that their cause will not be dampened by the court order. One of the grounds cited by the MCAs seeking to impeach the governor has to do with a stone crusher installed at Kisangau Ward, whose procurement tender, the impeachment motion claims, was awarded to the governor’s relative. The impeachment motion has so far been signed by 40 MCAs out of 54.