Deputy President back to his roots, seeks blessings from Koitalel descendants 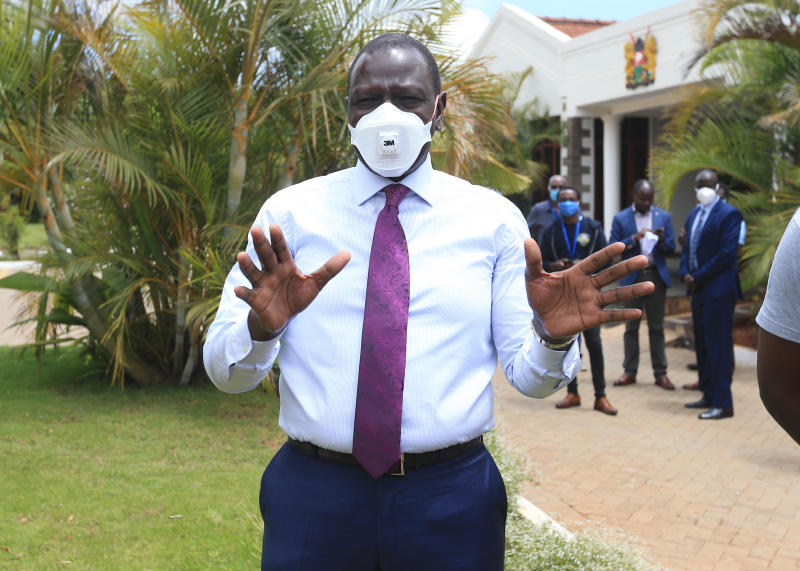 Kapsisiywa is home to the respected Talai clan of Nandi and a number of leaders have in the past flocked to the village seeking their blessings. Residents of Kaptel-Kamoiywa Ward in Chesumei Constituency were surprised to learn that the DP had made the early morning tour accompanied by some governors and MPs from Nandi community. Sources hinted that the event appeared to have been secretly organised for months before the country’s second-in-command arrived at the home of chairman of the elders the Rev Canon Bosi at around 5am accompanied by local political leaders. Upon his arrival, the DP is said to have participated in a two-hour ceremony attended by 50 elders and a section of religious leaders. Last evening, an MP who was in the entourage and close ally of the DP said the private ceremony ended at 8am. Local leaders who accompanied the DP included Uasin Gishu Governor Jackson Mandago, his Nandi counterpart Stephen Sang, Nandi Senator Kiprotich Cherargei, MPs  Caleb Kositany (Soy), Wilson Kogo (Chesumei), Cornely Serem (Aldai) and Julius Melly (Tinderet).

Catholic priests Fr Hillary Bosi, Fr Wilson Bosi and Anglican Church of Kenya’s Rev Canon Pasi were present. According to an elder who did not wish to be named, the sacred ceremony was majorly appeasement and inauguration to prepare the DP ahead of his quest to succeed President Uhuru Kenyatta.The DP is said to have sought the blessings from the community elders and religious leaders. “The elders handed him Nokirwet (leadership baton) where the DP humbly promised to follow their directives,” said the elder. The DP emerged out of the meeting at around 7am flanked by local leaders. He did not address hundreds of residents who had gathered outside the venue and only used the leadership baton to wave at them while hurrying to board his vehicle.

The ceremony ended with cultural songs accompanied by mocking rivals and showering blessings to Ruto’s journey. “No political leaders was allowed to address the congregation because the occasion was not a political function, but a cultural event to offer blessings and prosperity to the DP,” said the elder. The ‘appeasement’ ceremony came on the heels of simmering political turmoil rocking the ruling party with Ruto allies having been kicked out of key positions.