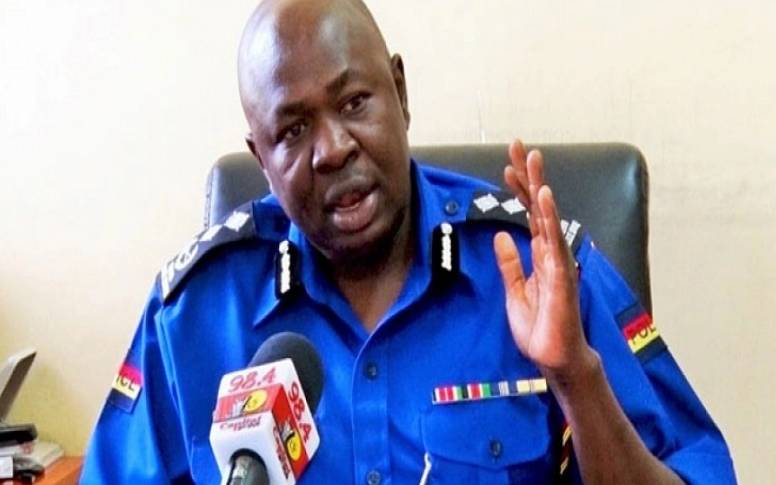 Police have warned of thugs masquerading as part of multi-agency teams coordinating activities of the coronavirus pandemic fight in the country.

Authorities want those called on the mobile phone or visited at homes by people claiming to be the multi-agency team to be careful and to scrutinise their identities.

This follows reports that homes had been invaded and attacked by thugs posing as teams from the multi-agency team. In Nairobi, there were reports of home invasions in Runda, Lavington, and Ruaka by the thugs.

Owino said they are aware of the incidents and efforts are being put in place to mitigate them.

The national multi-agency command centre on operation Kinga Corona is based at Embakasi, Nairobi, and is headed by Maj Gen Ayub Matiiri of Kenya Defence Forces.

It was established through the recommendation by the National Security Advisory Committee (NSAC) on March 25 and is mandated on the basis of priorities established by the government to immediately develop strategic preparedness and response involving all key players.

The team is also charged with the crucial task of rapidly establishing coordination to deliver strategic, technical and operational support through existing mechanisms and partnerships across the country.

“The team will work closely with all stakeholders in mobilising resources to support and monitor implementation of activities meant to tackle the current coronavirus outbreak,” said the team spokesperson Monica Omoro.

The team is working on a 24-hour basis and is using technology to trace and put in forced quarantine on individuals that had travelled from places viewed as danger zones in March but have failed to self-quarantine.

Also affected are taxi drivers who carried these individuals especially from their ports of entry.

Officials aware of the developments said the team is working with telco companies in fulfilling their agenda.

The team was given data of all people who arrived in the country especially from the USA, Europe, and Middle East and they are tracing their activities to establish if they observed the mandatory quarantine program. Also affected are contact persons of the disease.

President Kenyatta praised the work of the team saying they are doing a good job.

Other officials said the multi-agency teams have done much groundwork in tracing many primary agents of the spread.

“Technology is now the main driver here in tracing these individuals who are seen as the main agents of the spread,” said an official aware of the developments.

They have been calling and interrogating those who traveled or were contacts of the victims who tested positive. In some instances, they pick those called and put them in quarantine.

They expect the numbers of those infected to rise in the coming weeks. According to insiders, the team has been updating other teams set up by President Kenyatta to monitor the trend.

The team works with five key committees that are guiding President Kenyatta on how to manage the response to the spread of coronavirus disease in the country.

The teams consist of officials from the Executive and counties and are monitoring various operations in the country liaising with key players in the crisis.

The main team which is referred to as the National Co-ordination Committee on the Response to the Coronavirus Pandemic is the one that gets frequent briefs on the developments on the ground.

It consists of Cabinet Secretaries for Interior and national government as the chair, health, national treasury, defence, agriculture livestock and fisheries, head of public service, Chairman of Council of Governors, Chief of Staff at State House, Chief of Defence Forces, Director General for National Intelligence Service, Principal Secretary for Interior and Deputy Chief of Staff for policy and strategy.

The mandate of the team is to provide a coherent national framework to coordinate and harmonise the committees, develop a comprehensive package of financial, technical and logistical resources and provide policy guidelines on the overall response.

It will also create seamlessness between the committees and ensure a timely and effective response, monitor, evaluate and manage the quality and effectiveness of the national response, comprehensively aggregate priority needs and guide effective resource allocation and conduct any other matter ancillary to or in furtherance of their terms.

According to those aware of the developments, the team will determine if the president will declare a national emergency and a lockdown.

“The effects of a lockdown may be counterproductive but if we are pushed to that level it will come. That is why the president declared a national curfew to see how things work,” said an official aware of the plans.

The National Emergency Response Committee consists of Cabinet Secretary for education, Deputy Chief of Defence Forces, PS for Interior, PS for early learning and basic education and that of university education and research.

The Security Preparedness and Response Committee is chaired by the Cabinet Secretary for defence and members include CS for transport, Chief of Defence Forces, PS for Interior Director-General for National Intelligence Services, Inspector General of Police, PS for defence, PS for correctional services and Commissioner General for prisons.