Ndingi helped the needy quench their thirst for education 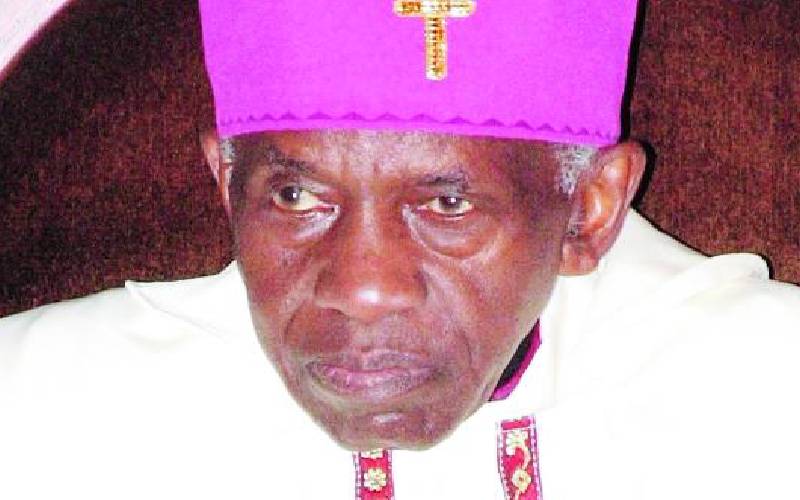 The Most Rev Raphael Ndingi Mwana a ‘Nzeki, Archbishop Emeritus of Nairobi, will forever remain in the minds and hearts of many Kenyans for his fearlessness in calling out the political class to account for their misdeeds. Outspoken and a household name, many will remember him for fighting injustices, especially in the lead up to the introduction of multi-party democracy in the country. The cleric, who celebrated his 50th episcopal anniversary in August 2019, is famous for standing up against the Kanu regime during the 1980’s and early 1990’s when he was Bishop of Nakuru. In 1992, for instance, Archbishop Ndingi showed his fearlessness by openly standing with the victims of tribal clashes in the Rift Valley, and laying the blame on the Kanu government. In the late 1980’s, Ndingi opposed the Kanu regime’s queue voting system, famously known as ‘mlolongo’ that forced voters to line up behind their preferred candidate. Earlier in 1969, while he was Bishop of Machakos, Ndingi stood up against local politicians who were coercing people to vote for them by forcibly administering oaths to them. Ndingi also had a passion for education. Soon after his priestly ordination in 1961, he was appointed Education Secretary of the Archdiocese of Nairobi where he excelled in his role. The Bishops’ Conference asked then Archbishop of Nairobi, Most Rev JJ McCarthy, to release him to serve them as the National Education Secretary. Among his notable achievements is the elevation, in the 1960s, of some leading Catholic secondary schools such as Loreto High School Limuru and Mang'u High School to offer ‘A’ Level by engaging with the Ministry of Education. He was a self-educated man. After completing his priesthood studies in Tanzania and being ordained, he studied privately for his Cambridge School Certificate, posting excellent results. Thereafter, he was admitted to the University of Rochester in the US for a Bachelor of Arts degree in Political Science and History. Life-long education Waithaka Waihenya and Fr Ndikaru wa Teresia narrate in their book, A Voice Unstilled: Archbishop Ndingi Mwana ‘a Nzeki that the late Archbishop began schooling because the local chief threatened to fine his father one cow if he failed to send one of his children to school. Due to his belief in life-long education, Ndingi established a kitty to educate people from poor backgrounds. During his entire episcopate in Machakos, Nakuru and Nairobi, he invested heavily in education, not only of his priests but also sought resources and opportunities for many people to further their training in various professions.

Time running out for this year’s national exams