Two people were killed by police during operations to enforce a dusk to dawn curfew order.

A former General Service Unit officer is said to have succumbed to injuries sustained in a beating by police officers enforcing the 7pm to 5am curfew in Matuga Sub-county.

Elsewhere in Kosele trading centre, Rachuonyo South Sub-county, another boda boda rider was assaulted by police officers at about 8pm on Friday.

In the Mombasa incident, family members reported that Hamisi Juma Mbega, 49, died at around 5am yesterday at Msambweni Hospital, where he was being treated for injuries sustained in the alleged attack.

Reports indicated that Juma was dismissed from the police service after serving for four years while posted in North Eastern region. He then ventured into the boda boda business.

On Friday, he dropped a woman who was in labour at Likoni District Hospital and was carrying another passenger on his way home when he was attacked.

Matuga sub-county police commander Francis Nguli acknowledged knowledge of the burial of a man who died after an assault, but said no report related to such an incident had been lodged at the station.

Imani Hamisi said his father sustained severe injuries on his private parts, stomach and chest after paramilitary officers clobbered him with batons and gun butts.

He was attacked shortly after 7pm on Friday at Mkunazini in Ujamaa.

Hamisi said his father, before breathing his last, told him that five armed General Service Unit (GSU) officers hit him on the head. He lost control of his motorcycle and landed in a ditch filled with water.

Hamisi's claims were echoed by Hassan Kitosha, his pillion passenger at the time of the attack.

"One of the officers hit Juma on his shoulder. He lost control and we found ourselves in a ditch full of water," said Mr Kitosha.

While inside muddy water, Kitosha said, the officers asked them why they were speeding and asked them to get out.

Kitosha said he pleaded with the officers that he was in pain and they let him go. Juma was, however, unlucky.

The family said the officers reined terror on Juma and later released him.

He arrived home at around 8pm, writhing in pain, the family said.

The family could not rush him to the hospital since the curfew was on and they decided to wait till morning.

Back in Rachuonyo, Calvince Omondi died yesterday after sustaining injuries on his head and legs on Friday.

His father George Onyango said the rider was assaulted by police officers near Kosele trading centre in Rachuonyo South Sub-county at about 8pm on Friday, one hour after the curfew declared by President Uhuru Kenyatta started at 7pm.

Mr Onyango said information he got from Omondi’s friend was that the latter had carried a passenger to Kendu-Bay town in the neighbouring Rachuonyo North Sub-county.

Omondi is said to have met a group of police officers on his way back to Saye village home in North Kamagak location.

“I was informed by my son’s friend that he (son) was assaulted by police before he was later taken to the hospital in a police vehicle,” said Onyango.

Onyango said his son arrived in the hospital unconscious. He condemned the incident, saying it was wrong for the officers to kill his son.

“They should have disciplined him in a manner that could not have cause death. This death has left me with a huge financial burden, considering the family he has left behind,” Onyango added.

Omondi is survived by an expectant widow and one child.

Rachuonyo South Sub-County Police Commander Esau Ochorokodi said the rider’s death resulted from an accident while escaping from the police who were on patrol.

In Kitale, at least five people, among them an elderly woman, were injured as police enforced the curfew. 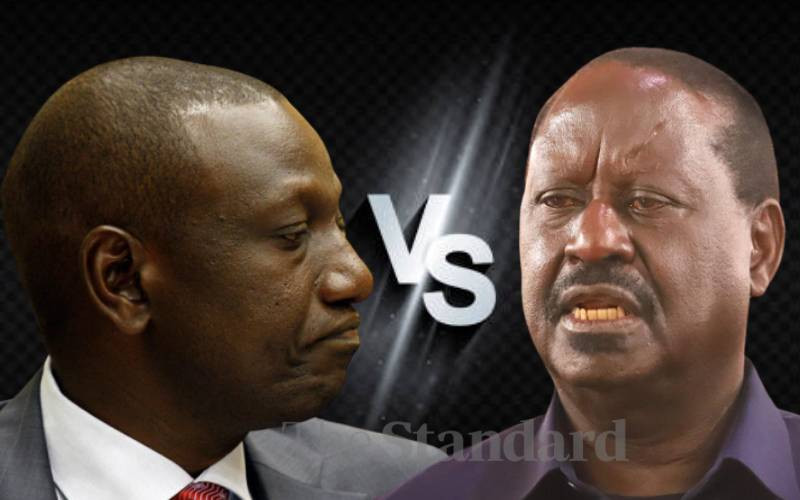 By Sammy Omingo 50 mins ago
Guardian Angel bus plunges into a river in Kisii, passengers injured