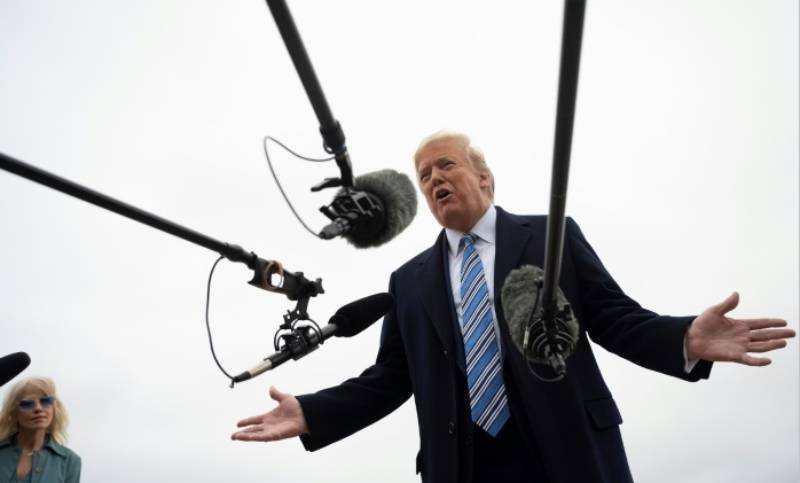 President Donald Trump (pictured) said Saturday he is considering placing coronavirus-stricken New York state and adjacent areas under "quarantine," to prevent people there from spreading the virus to other parts of the US. "There's a possibility that sometime today we'll do a quarantine -- short-term, two weeks -- on New York, probably New Jersey, certain parts of Connecticut," he said as he left the White House. The measure would be aimed at restricting travel from one of the country's most heavily populated regions to other parts of the United States, especially the southern state of Florida, which is popular with New Yorkers in winter.

"Because they're having problems down in Florida. A lot of New Yorkers are going down. We don’t want that. Heavily infected," Trump said. Later the US leader confirmed the idea on Twitter. A decision "will be made, one way or another, shortly," he said. The New York city area has been the most seriously hit by the COVID-19 virus in the United States. But New York Governor Andrew Cuomo, who spoke with Trump earlier Saturday, said this issue did not come up in those discussions. "I don't even know what that means," Cuomo told a press briefing.

Memorial service to be held for Floyd, officers in court

Memorial service to be held for Floyd, officers in court

Picture power: Protests over murder of George Floyd linger across US