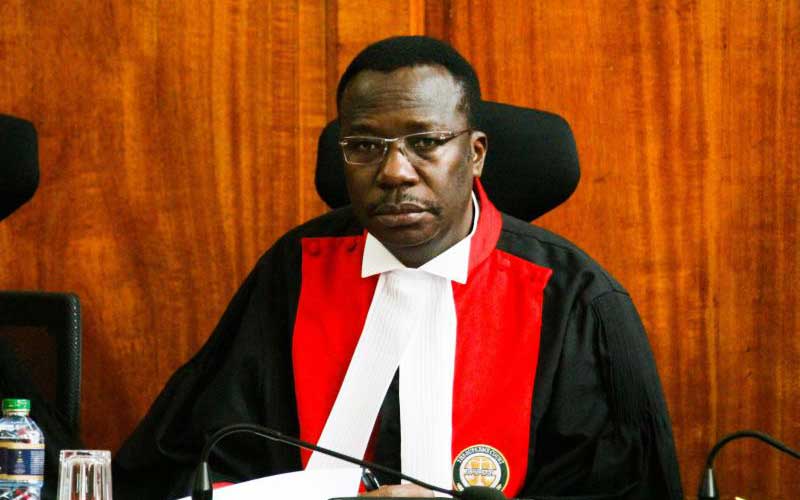 Maraga said Wanjala was hospitalised at Apollo Hospital in India and was receiving treatment for the flu that shares symptoms with the new coronavirus.

“The judge is making great progress and may be discharged today,” Maraga said on Twitter as he wished him a speedy recovery.

59-year-old Wanjala was in the country for an international judicial conference.

According to various Indian new outlets, judges and lawyers have been spooked by the outbreak of the flu for the past 10 days.

The situation has derailed the hearing of cases in numerous courts.

India Health Ministry yesterday said five of the six Supreme Court judges were treated and isolated at home, adding that prophylactic treatment was being given to all in contact with them.

The ministry is expected to set up a dispensary at the country’s Supreme Court premises today.

The World Health Organisation (WHO) notes that the flu is caused by the H1N1 virus strain, which started in pigs.

“[The] illness tends to be most severe in the elderly, in infants and young children, and in immunocompromised hosts,” WHO explains, adding that typical treatment included rest, pain relievers and fluids.

Kenya has made positive strides to eradicate FGM
Opinion
By Agnes Leina
35 mins ago
Safaricom responds to client's complaint on 'strange' M-Pesa transaction
Business
By Mate Tongola
54 mins ago
Former Chelsea forward Atsu rescued after Turkey earthquake
Sports
By AP
1 hr ago
Vera Sidika: I have scheduled a day to give birth to baby number 2
News
By Vincent Kejitan
1 hr ago
.