I have not appointed a deputy, says Kiambu Governor Nyoro 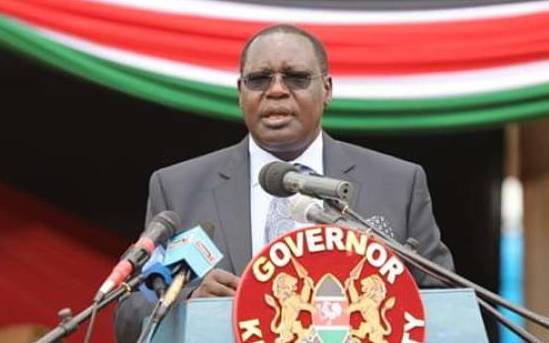 Kiambu Governor James Nyoro has denied appointing Absa Marketing and Corporate Relations Director Caroline Ndung’u as the new deputy governor. Talking to the media on Thursday, Governor Nyoro (pictured) disputed reports that he had picked Ndung’u to deputise him in the running of the county, after succeeding Ferdinand Waititu. In his address, he also sent condolences to the family of Kahawa Wendani MCA Cyrus Omondi, who died in India yesterday. Liaison Officer at the Kenyan High Commission in India Rono Kosigi broke the news of Omondi’s death after his body was found in a hotel room in Mumbai, India.

Nyoro took over from Waititu after the latter had his impeachment motion upheld by the Senate on January 29. Senate Speaker Kenneth Lusaka stated three main charges on which majority of the Senators voted to oust the former county chief. Waititu was found guilty of misconduct, abuse of office and engaging in corruption. Attempts by Waititu to stop Nyoro’s swearing-in proved futile after Justice Weldon Korir of the High Court ruled against his plea. In his ruling, Justice Korir averred that swearing was a judicial function hence the court would be overstepping its mandate by stopping a judge from discharging such a function. Nonetheless, Nyoro’s swearing-in was temporarily suspended after Justice John Onyiego cited failure to comply with legal requirements prior to oath-taking.

On January 31, 2020, Nyoro took the oath of office after the planned event was gazetted and the legal requirements complied with. This was after Kiambu Chief Magistrate Patricia Gichohi said all procedures of swearing in a governor had been complied with and it was time to swear in the new governor. “The law requires that the incoming governor takes the oath in public that is why we are here. All laws have been complied with,’ she said before handing over to Justice Onyiego to swear in Nyoro.