Nairobi
Dr Mutua lamented that he had received complaints from members of the public decrying the rogue nature of the PSV sector. 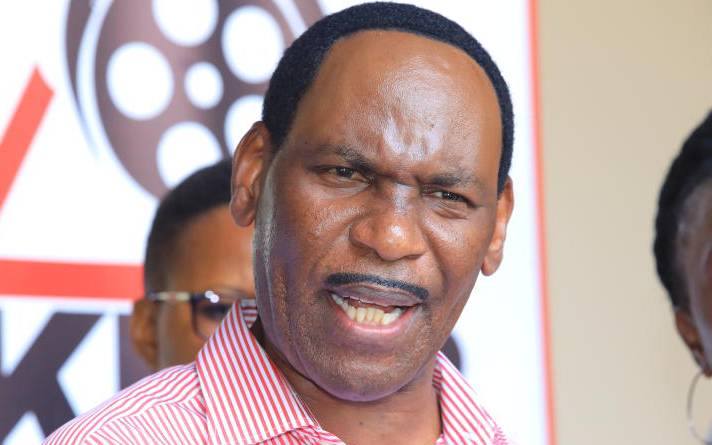 The Chairman of Kenya Film Classification Board Dr Ezekiel Mutua has warned operators of Public Service Vehicles (PSVs) against airing unrated content and playing loud music. Dr Mutua (above) lamented that he had received complaints from members of the public decrying the rogue nature of the PSV sector, which he said conducted business with impunity. He tweeted on Monday: “The stories of agony told by passengers in PSVs are very disturbing. The display, exhibition or playing of pornographic content, loud music and foul language used on passengers presents an image of a public transport sector gone rogue.”

He said that the pop culture characterised by loud music and playing of obscene content had attracted innocent young men and women who end up idling in the vehicles the whole day. He added that passengers are held hostage after entering the matatus and cannot even manage to pick their phone calls or hold conversations once aboard. “Some Matatus have become cinema theatres for offensive content and are destroying the youth, especially students. Some students leave home and roam around in these vehicles the whole day,” he said. “We cannot have a section of society that completely disobeys the law daily and gets away with it. The number of road carnage caused by reckless driving is mainly as a result of indiscipline and impunity by the PSVs operators.” The KFCB boss has therefore announced that the PSVs will have to get their content rated as ‘’General Exhibition’ and such will entail acquiring Video Regulatory licence. He further said that matatus are not like television stations or exhibitors mandated to broadcast. For that matter, they have to comply with the ‘Films and Stage Plays Act Cap 222 as the content in public service vehicles is not for personal consumption but rather an exhibition to the public.’

“This morning, KFCB will announce broad measures being taken to bring sanity to the public transport sector. We are grateful to the Inspector General of police Mr. Hillary Mutyambai and his officers for the support given to the Board in reinforcing the law,” he stated. Mutua referred to a 2018 warning by KFCB in which it sent a warning to PSVs to either comply with the guidelines or remove their screens. He said that a number of operators had complied with the directive but there are some which have persisted with defiance. He said: “There are rogue drivers and conductors who have defied our regulatory guidelines and have turned their vehicles into discotheques, loudly exhibiting dirty content with impunity and inconveniencing passengers, particularly parents traveling with their children.”