Let us heed Pope’s advice to win war against corruption

Commentary
Courageous persons do not scream or threaten the snake. 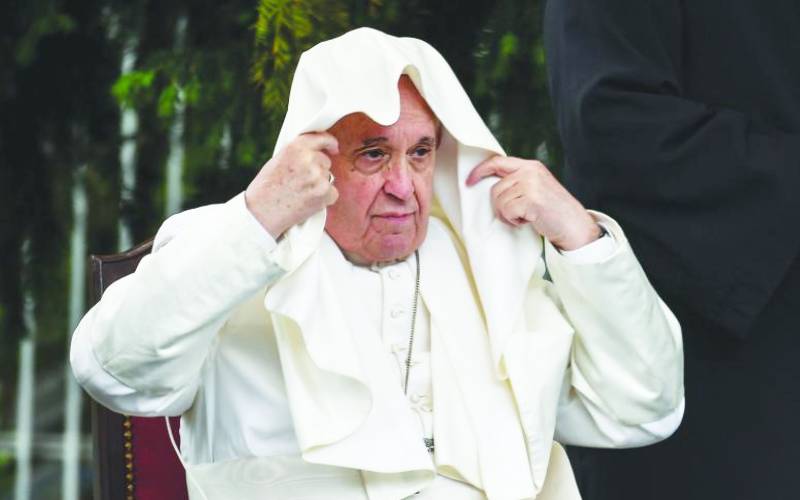 When a snake crawls into the room, a child screams. A fearful person screams. Cowards take cover. Yet, screaming and taking cover are ways of surrendering to the snake. The reptile will have the liberty to choose what to do with scared persons. It can feel safe and powerful and so decide to go away. It can misinterpret the screaming for a threat and attack. Courageous persons do not scream or threaten the snake. They calculate how to attack it. Courage in time of danger saves life.

Perhaps corruption is not as scary as the presence of a snake in a room. Yet, this is precisely why it is dangerous. It kills like cancer – to use the words of Pope Francis (pictured) when he visited Kenya. The way to kill corruption is through courage because to be moved by fear, as if it were a snake, is to be moved to death. It is indeed possible to carry out a successful anti-corruption campaign in Kenya through strategic individual contribution as corruption is a snake in the room (country). Since corruption is not intrinsic in human nature each person has the capacity to fight it with a bit of courage. Most Kenyans abhor corruption. We know the negative impact it has on individuals and on society. We have in our spaces condemned corruption. In spite of many government, civil society and individual initiatives to fight corruption, the more we fight it the more it seems to grow.

The media have done a great job in exposing mega corruption. We can learn from the media on corruption. We must join the courageous in condemning the corrupt manner in which taxpayer’s resources are used by unscrupulous individuals. If we fear to confront the monster of corruption, we become corrupt ourselves. We start to tolerate corruption. We start to sympathise with corrupt people. We end up internalising and justifying corrupt practices when they favour us.

Our safeguard against corruption is in our own human nature. We are not born thieves, thugs, crooks or don’t cares who don’t respect law and order. Children who are born in families or societies where honesty and integrity are valued get shocked when they encounter liars. They cannot tolerate adults who don’t do the right thing. They grow up with respect of who they are. In turn they respect other people and aim to do good to others. Consequently, none of us should act as if being corrupt is a good thing. Our own nature through our conscience tells us that corruption (plundering public resources, amassing wealth at the expense of the poor, selling services that should be free, unjustified outsourcing of services and goods, exploiting the ignorance of the poor among others) is not the right thing to do.

The fight against corruption, therefore, can be seen along these two lines. One, that our nature allows us to be good people hence upright, respectful to the law, caring for social order, sharing of our talents and gifts for the benefit of humanity and minding the well-being of people we do not even know. Two, that courage is a God-given gift. However, we do not have to be violent and aggressive when protesting against corruption. We need to learn from Jesus Christ a lesson or two. If someone slaps your cheek for standing against corruption, ask the aggressor; “what wrong have I done my friend?” It is in the interest of each one of us to enjoy services from government, private institutions and one another without being corrupt. Dr Mokua lectures on Media and Communications Studies