Boy who trekked to Maseno School gets help at last 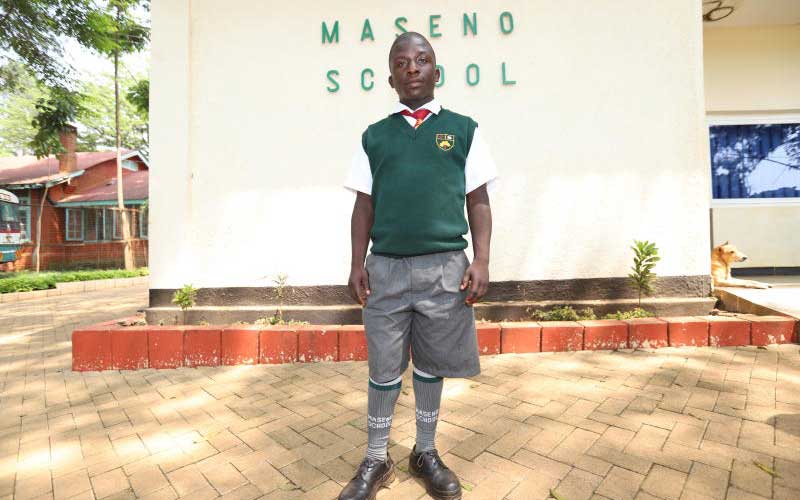 Hesborn Wabwire (pictured), the boy who trekked 78km from Busia to Maseno School armed with an admission letter only, can now afford a smile.

Wabwire, 16, said his mother was bedridden and could not afford money needed for admission. Wearing his former school’s uniform, Wabwire’s case moved the school’s administration as well as well wishers who raised money for his uniform and other personal items. He scored 386 marks out of a possible 500 in the 2019 Kenya Certificate of Primary Education.

Mr Odhiambo said the organisation will not only sponsor Wabwire education but will also cater for upkeep and medical needs.

His mother will be enrolled into an economic empowerment programme to help her fend for her children. His three siblings will also benefit. “We decided to make this programme holistic so that Wabwire does not only get the best while in school, but also back home during holidays,” said Odhiambo.

An elated Wabwire expressed confidence that he was now on course of realising his dream of becoming a cardiologist.

For a week, he clung to the hope that someone would notice his plight and help came in at the right time.

“I am humbled, when I decided to walk from home to school, I didn’t know that my case would touch so many souls. I didn’t want to imagine losing out on this chance and God is good my dream of joining Maseno School has come to pass, I promise to do my best so that I can also do the same to people in a situation like mine in future,” he said.

Peter Nyawach, the School Deputy Principal said they could not send Wabwire back home after realising he had no other means. “We did the little we could to retain him in school and are glad that SOS has taken up his case,” said Nyawach.

Wabwire has since become a celebrity in the school.