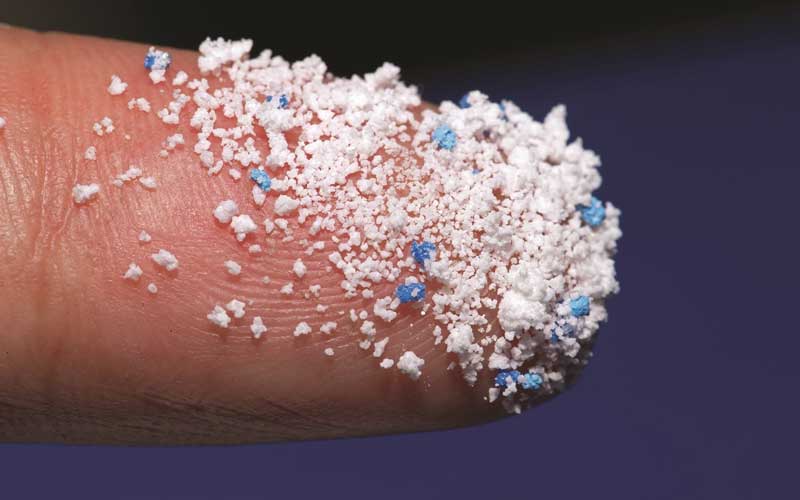 Microplastics are small particles of plastic that pollute the environment, they enter the natural ecosystems from cosmetics, clothing and industrial processes. Some enter the soil through natural weathering processes which are from plastic bottles and bags. These particles are not only harmful to human beings but also living organisms in the soil. These living organisms play an important role in maintaining soil fertility, structure, drainage and also soil aeration that is a requirement for seeds germination. They also inhibit the plant's growth and that's why we should ensure that they are not threatened by the microplastics released in the soils. Technology always comes with its fault, farmers trying to increase crop yields by introducing plastic mulches and irrigation are unknowingly introducing microplastic particles into the soil.

These particles are a threat to earthworms by making it worse for the worms to survive in the soil. These worms that help in soil aeration are affected by the particles largely. The presence of the particles stunts their growth and compromising their survival hence reduces the nutrient added by the worms in the soil. The animals feed on decaying matter and when they feed on the microplastics that's when the threat comes in. Soils exposed to the particles make the earthworms less productive due to weight loss. The worms produce poop that contains nitrogen and phosphorus thus keeping the soil healthy. When the worms are less productive they cannot move through the ground where they create tunnels that allow air and water to get to plant roots. The soil pH is decreased by the particles which also affects the diversity of the worms. Microplastic pollutions can only be managed by experts introducing and implementing broader solutions that implement a shelf life for plastics. Otherwise, these particles will end up on our plates, digestive systems and eventually lead to diseases.