Leave politics out of our food production 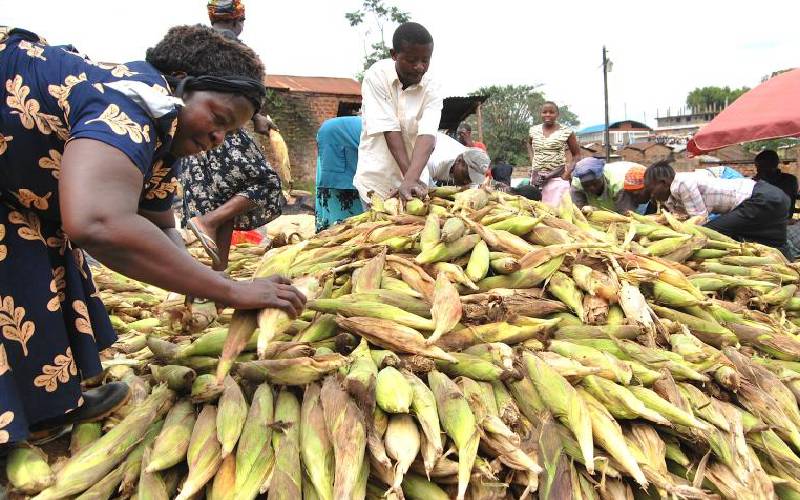 One of the sadder aspects of our development into a technologically driven global village is the way in which views get polarised.

For, as the middle classes walk away from regular newspaper reading, and our youth set aside programmed TV for NetFlix and their own entertainment feeds, people are exposed less and less to news, different information or to divergent views.

It’s the movement into silos that is increasingly affecting us, but perhaps, this year, we shall see its greatest impact when it takes our food away. As a nation, we already struggle with food security. Likewise, we are classified as a water-scarce country. Much of our food production rests on advanced water management.

But now, we are set to lose many, and by some counts, most of the crop protection products that our farms and farmers have been able to use to stop damage to their crops by pests that can destroy 40 to 90 per cent of their harvests. And that is set to be near catastrophic to our food security, so let’s be clear what food security means; producing enough food to feed everyone, all the time despite pests and drought.

Yet, in what can be considered an unorthodox move, four NGOs have employed a Women’s Reps to petition parliament for a wholesale banning of hundreds of pesticides.

The four NGOs are committed to organic farming, which is good enough. At the Fresh Produce Consortium, we are also in favour of organic farming under the right circumstances.

But as we stare at the horror that will hit output, our GDP, our rural communities, our economy and jobs once these NGOs have opened the door to almost all known pests, it becomes clear that there may now be millions of Kenyans who will, in time, die from nothing more than being born into the post-truth era.

For sure, these anti-pest control campaigners have thrown around the word ‘cancer’, as if none of these pesticides were ever tested. The pesticides are all approved and in use in the US, in Australia and in numerous regimes where scientists galore have evaluated their test results over many years.

Yet populists, pursuing an alternative agenda and without a hope of any acceptance by them that any pesticide of any sort is good to use, have exploited a change of regulatory regime in Europe to savage Kenya’s food output. Indeed, they have played upon ignorance, telling journalists and parliamentarians who require no greater degree of proof, that cancer deaths have gone up as pesticide use has gone up.

Over the same time, social media use has gone up, so maybe we can say that it is causing cancer too. But their trump card is that these pesticides are ‘banned’ in Europe.

The 262 listed pesticides have not been banned in Europe on some new health or environmental evidence since Europe approved them for use. That’s why they are still approved for use in the US and elsewhere.

What has changed is Europe’s pesticide regulatory regime. Reams of chemicals are now being reassessed in new ways, and reclassified. The new system no longer bases approvals on risk assessments, looking at where and when and at what levels a pesticide might present how much risk – as it previously did.

It now has a new approach called hazard assessment, which is based on zero risk. If there is a chance that any pesticide could cause any adverse effect used in any way at any time, it can no longer be used at all.

Based on a hazard assessment, no one in Kenya would be permitted to eat cassava, or use household bleach, or get into a matatu, or buy alcoholic beverages, or consume sugar, and the list goes on.

Zero risk is a decision Europe has taken in the face of many organic NGOs, and perhaps Europe can afford to do that when it buys so much of its food from elsewhere.

But in Kenya, we use the same risk assessment methods as the US and everywhere else in the world, except Europe. So what those NGOs are close to doing is to getting parliamentarians to overturn our Pest Control Act and all its regulations, end our Pest Control Products, and then cheer all the way to the food queues.

Because cancer is bad and cancer has gone up and Europe has changed its regulatory system – so, therefore, let’s end our pest control, and end a third of our food production.

It’s so ruthless as to be amoral. But that’s the point of polarisation: people lose all perspective and sight of any counter views or of any consequences at all. We shouldn’t let that happen. Let’s, instead, be scientific about our pest control – rather than political – and keep our food secure, safely.