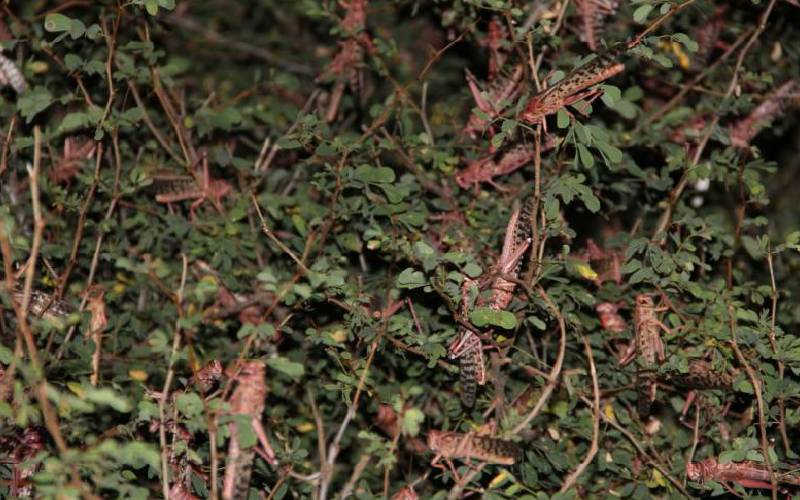 Parts of Northern Kenya came under attack by desert locusts early this month. Apparently, the locust affected parts of Ethiopia and Somalia.  In Kenya, Mandera, Meru and Isiolo counties have been invaded. Unless drastic action is taken they might find their way to neighbouring counties. The devastation locusts can cause to crops and vegetation cannot be overemphasised. Unfortunately, the Government’s response has been anything, but satisfactory.

First the Government, through the Agriculture ministry, attempted to fight the invasion using teargas and live bullets. When the futility and absurdity of this approach dawned, the Government changed tack and resorted to aerial spraying. By then, however, the locusts had spread.  Depressingly, the government owned up to running out of requisite chemicals to exterminate the insects a few days after starting  the exercise. The number of planes deployed to do the spraying is inadequate, considering the area under invasion. Clearly, this lacklustre response is further demonstration of the Government’s inability to adequately respond to disasters, whether from floods, buildings collapsing on tenants or terror attacks. Disaster preparedness is critical. Yet in as much as the locusts are harbingers for food shortages, scientists say they are a rich source protein. They can be harvested and processed into food. We cannot repeatedly do the same thing and expect different results. Where disaster preparedness is concerned, the government must pull up its socks.

Ethiopian migrants head home after brush with death in Mozambique