Who is fooling who? State tells court it's unaware of Miguna's failed return

By Kamau Muthoni and Faith Karanja | 2yrs ago 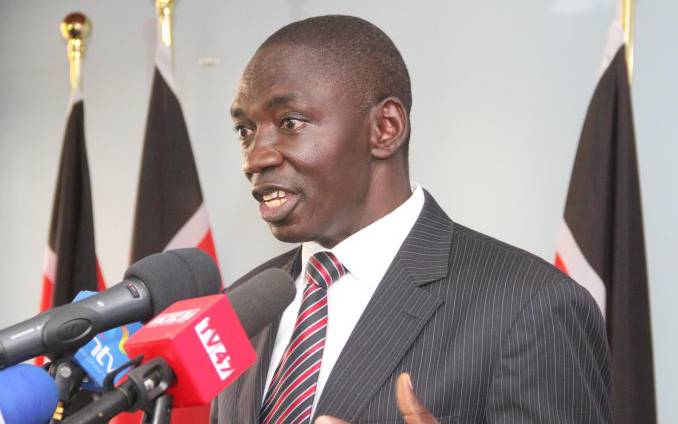 The Government yesterday insisted it did not have a hand in Miguna Miguna’s woes, but instead appeared to suggest that his tribulations stemmed from an incident at JKIA two years ago.

In a statement, Government Spokesman Cyrus Oguna (pictured) yesterday said Miguna’s behaviour during a messy standoff at the airport in March 2018 as he was forcibly deported from the country had drawn the wrath of a UN air travel agency.

“Dr Miguna was categorised as an unruly passenger in line with Annex 17 of the International Civil Authority Organisation standards and recommended practices that allow prohibition of unruly passengers,” said Col (Rtd) Oguna.

He added: “Further, his unruly behaviour was seen to have the potential of threatening category A1 status of JKIA, which took the country a lot of effort and work to achieve.”

The spokesman denied claims that the government was frustrating the lawyer, adding that Miguna was free to travel to Kenya if he had valid travel documents.

“Dr Miguna is free to present himself to any Kenya mission to obtain his passport. It is, however, puzzling that Dr Miguna has not made an effort to obtain his passport from any of the missions. Nevertheless, our missions abroad are ready and willing to assist him to get his documents once he presents himself,” said Oguna.

Earlier in the day, State lawyer Christopher Marwa told the court that Miguna was free to come to Kenya, hours after Miguna accused the government of pressuring airlines to reject him.

Mr Marwa told High Court Judge Weldon Korir the government did not know why Miguna was still stuck abroad, adding that there was a commitment to facilitate his entry into the country.

Miguna took to Twitter where he claimed the government had issued a red alert that prevented him from boarding a flight at Germany’s Frankfurt Airport.

He then traveled to France, where he boarded a flight before being ejected by airline officials.

“Air France removed me from Flight AF0814 from Charles De Gaulle Airport to JKIA, which was about to take off... they have sent red alerts to all airlines,” he tweeted.

Following the debacle, Air France tweeted a reply: “Dear Mr Miguna, we confirm that at the request of the Kenyan authorities, we were obliged to deny boarding. Like all airlines, Air France is required to comply with the entry requirements for the countries it serves.”

On Monday, Justice Korir issued fresh orders directing the government to facilitate Miguna’s entry into the country the next day.

Marwa, however, argued that Kenya had no control over what happened in other countries.

“We do not know why the applicant has not flown back to the country. He is free to come to Kenya any time and we will facilitate his re-entry,” said the lawyer.

He added that the court did not have powers to hear Miguna’s application because it had already issued a judgment on the matter.

Marwa urged the court to give him 14 days to reply, even as he sought to have the orders issued on Monday set aside.

But Miguna’s lawyer John Khaminwa said the Government was taking Kenyans for a ride because it had embassies in Germany and France that could make calls and raise red alerts to ensure his client did not step foot in Kenya.

Dr Khaminwa said he had talked to Interior Cabinet Secretary Fred Matiang’i, who assured him that the State had no problem with his client’s return.

“Miguna is in a foreign country and it is the responsibility of the State to facilitate his comeback. Where he is, he has no friends, no family and no money. Miguna is a son of the soil and should be allowed back. The reason why he is talking that way is because of the frustrations he is going through,” he argued.

Khaminwa recalled that at least five judges – Justices Luka Kimaru, Mumbi Ngugi, Chacha Mwita, George Odunga and Korir - had issued orders for Miguna’s return, but which were not complied with.

“There is no better place in this world than being home, especially in Kenya. And with all the seriousness of this matter, the application by the State should be rejected,” he said.

The court granted Marwa until today evening to reply to the new application on Miguna’s return and set a hearing date for tomorrow. 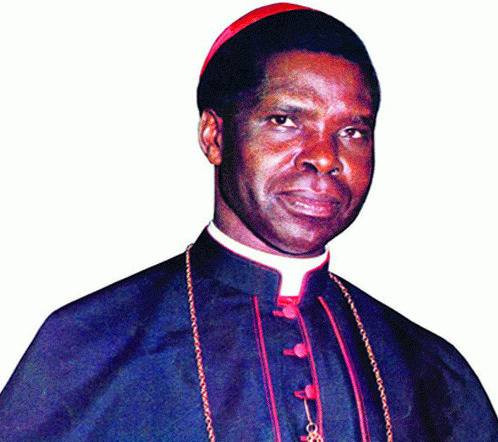 By Ochieng Oyugi 1 hr ago
Injera takes to the golf course after a tough World Cup outing
.