Tributes pour in for university don 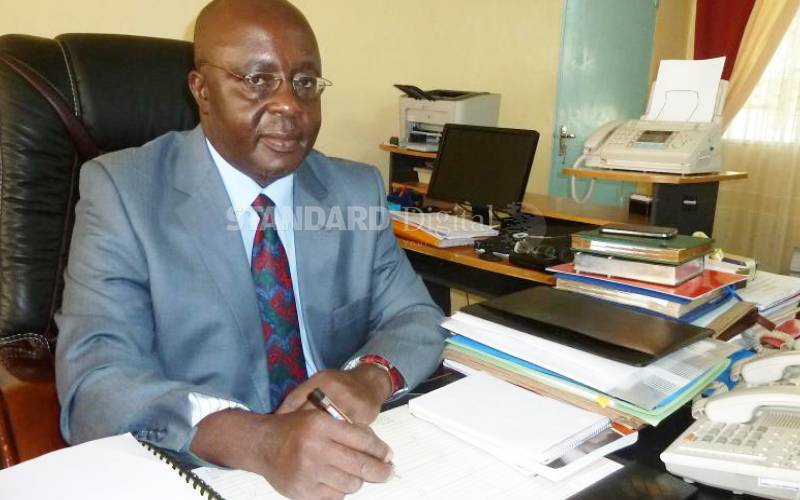 Former Masinde Muliro University of Science and Technology Vice Chancellor Fredrick Otieno has died. According to close friends, Prof Otieno died following a stroke he suffered last week at his Milimani home in Kisumu. He was found unconscious in the house on Friday morning by his workers who had reported to work. They rushed him to a hospital in Kisumu and he was referred to Tophill Hospital in Eldoret where he was admitted to the Intensive Care Unit. Otieno died on Monday around 11.30pm. His wife, Dr Florence Otieno, broke the news of her husband's death on her Facebook post yesterday morning: “A gentle giant has fallen, you touched many lives and made a difference to humanity my darling. Go in peace Prof Fred Otieno, we will love you forever.” Otieno was appointed the second vice chancellor of Masinde Muliro University succeeding Prof Barasa Wangila, who succumbed to prostate cancer in September this year. Otieno has been fighting for the renewal of his second term as VC. He exited the institution in November last year following the expiry of his five-year term. Prior to becoming the university's second VC, he was the Deputy VC in charge of Innovation, Technology and Partnerships at Durban University of Technology in South Africa, a position he held between March 2010 and November 2013. The scholar has been eulogised as a hardworking man of international repute. “Prof Otieno was instrumental in ensuring that MMUST engineering courses were accredited by the Engineers Board of Kenya,” said Bernadette Sabuni, the acting Deputy Vice Chancellor, Academic and Student Affairs at the institution. “The university has learnt with great shock and sorrow the sudden demise of our former Vice Chancellor Prof Fredrick Otieno. Indeed, MMUST has lost a great leader and scholar of repute,” read a statement by MMUST Director of Corporate Communications and Marketing, Lydia Anyonje. Kakamega Governor Wycliffe Oparanya, who was classmates with Otieno, said: “I have lost a childhood friend and a charismatic leader.” At the time of his death, Otieno was the chairman of the Board of Directors of the Kakamega County Urban Water and Sanitation Corporation.