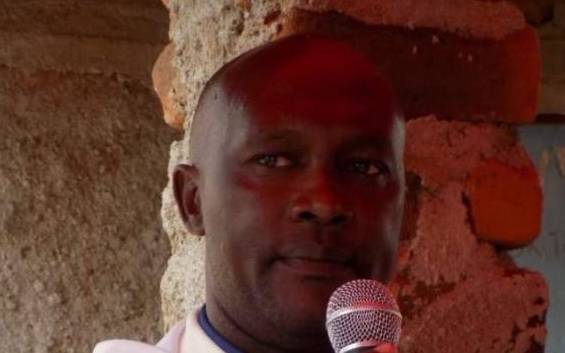 Three men suspected to have murdered Machakos Catholic Priest Father Michael Kyengo (pictured) on Tuesday denied committing the offence before the High Court in Embu. Solomon Mutava, 44, Michael Muthini, 25, and Kavivya Mwangangi, 25, are suspected to have killed the cleric on October 8 this year at Makima location in Mbeere South Sub-County, Embu County. The court had deferred the plea taking twice after the suspects, through their lawyers, objected it on grounds that the prosecution had not presented all the documentary evidence to be used in the case.

Lady Justice Florence Muchemi had released them on Sh300,000 bond each and a surety in a similar amount. State Counsel, Ms Chemenjo Lokorio applied for review arguing that the bond given to the accused was lenient and not commensurate to the offence committed, but Muchemi turned down the request. “The bond terms are proper as they were given in accordance with the provision of the Constitution,” Muchemi reminded the prosecution. The Judge further allowed the prosecution 30 more days to provide the accused with committal bundles and witnesses’ statements to be able to prepare for their defence. The case will be mentioned on January 28 next year.

The 43-year-old priest disappeared from his parent’s Tala home in Matungulu, Machakos County on October 5 only for his body to be recovered on October 16 from a shallow grave in the bed of seasonal river Mashamba in Mbeere South sub-county, Embu County. Muthini was arrested in Malindi town on October 11 by officers from the DCI while driving the slain priest’s car. He led the police to the house where Kyengo is believed to have been killed. Police also recovered a knife from a pit latrine in the suspect’s home.