Nairobi
The judge told the applicants, George Bush and Lawrence Oyugi, the leaders of Concerned Citizens Alliance, to file a formal application against the pr 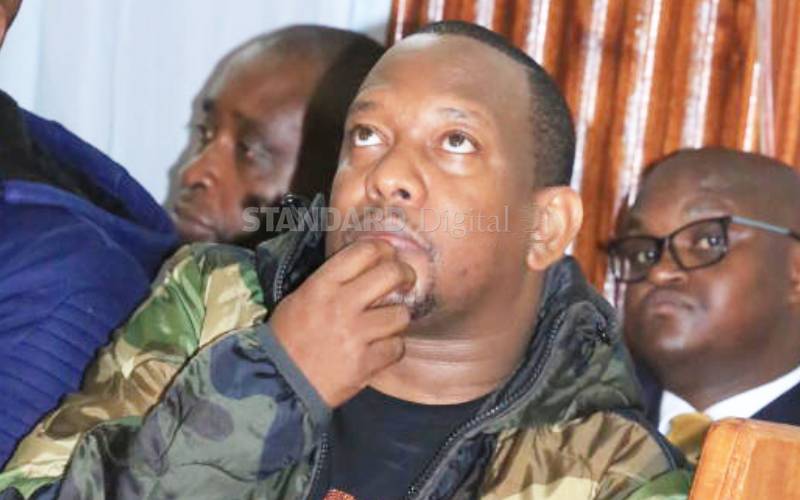 High Court has declined to stop the planned removal from office of Nairobi Governor Mike Sonko (pictured). Instead, High Court Judge Weldon Korir has ordered the applicants to file a formal request. The judge told the applicants, George Bush and Lawrence Oyugi, the leaders of Concerned Citizens Alliance, to file a formal application against the proposed impeachment by some members of the county Assembly. The two want the court to stop the Governor’s prosecution. At the same time, the court declined to stop the criminal proceedings launched against the governor over a Sh357.4 million garbage collection scandal, following his arrest on December 6.

However, Korir directed the two to serve the Director of Public Prosecutions (DPP) with an application they have filed seeking to stop Sonko’s prosecution. The DPP was granted 14 days to file his response in the matter where the two are challenging the prosecution of Sonko. In the application, the two argue that Sonko’s fundamental rights were violated during his arrest. “That the status of the governor is as that of an innocent man with equal rights and thus should be presumed innocent until proven guilty,” reads the petition in parts. The petitioners claim that Articles 9, 10 and 14 of the International Covenant on Civil and Political Rights guarantees the rights of an accused person, their dignity and the respect to be accorded to them in recognition of their status as innocent. They added that based on the abuses and violations committed by the police officers against Sonko, it is in the interest of justice that the orders sought be granted. “The law obliges the DPP or any person seeking to secure the arrest of person accused of committing non-cognizable offence to process the warrant of arrest before a court and orders must be granted,” said Bush.

They further argue that Sonko, having suffered all the attacks and barbaric treatment with his basic rights infringed upon during his arrest, is not properly before the court as an accused person but a victim. The two also want all the criminal proceedings launched against Sonko halted. “The status of Nairobi City County Governor Mike Mbuvi Sonko as an innocent man was not recognised during arrest. The treatment he was subjected to is the kind of stuff that used to be administered to criminals in the dark eras of former oppressive regimes,” said Bush. Sonko is expected before the court in Voi, where he is to answer to assault charges against Coast regional police boss, Rashid Yakub and others.

Maraga: Executive Order No.1 of 2020 does not apply to the Judiciary