Police in Kisii are in the process of retrieving the body of a woman allegedly killed by her husband and dumped in a 25 feet pit latrine a week ago. Police sources say the missing mother of four, Jessica Moraa was allegedly beaten by her husband George Morara, who is currently under police custody in the nearby Uyugis Police station in Homabay County. Kisii County Commander Martin Kibet says his officers plus members of the community have since morning been excavating soil from the pit latrine. "We are acting on what the suspects have told us. We hope that whatever they have told us is true and hopefully we will retrieve the body before sunset," he said. Police are said to have taken the suspect to Uyugis Police station and not the home station of Rioma after locals threatened to attack the station to have the suspect handed over to them. 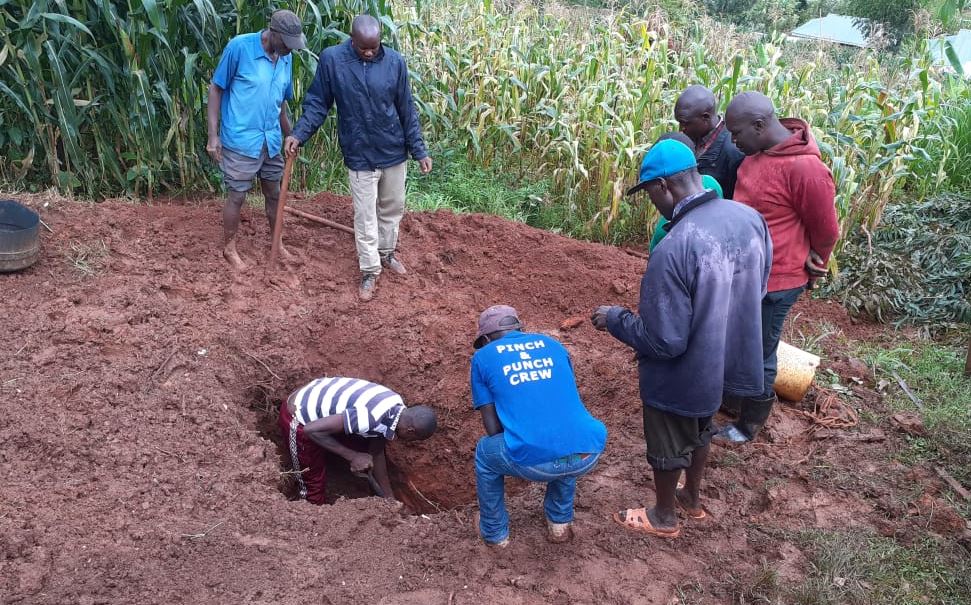 Family members say the missing woman had been staying away from the husband close to six months and returned home to meet a second wife, whom police have also arrested. Also in custody is the second wife's younger sister who has been staying at the home. For more than a week now, the man has been staying in the same house with the three women while the children sleep in the grass thatched single room that also serves as a kitchen.