Security firms to be vetted 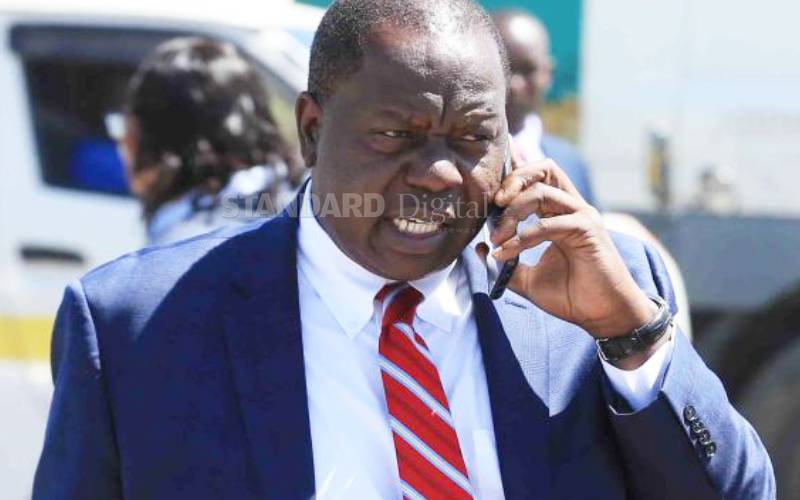 Private security companies have been given a three-months notice to provide the Government with their details. Failure to which their licenses will not be renewed. The Interior and coordination Ministry has directed private security providers to prepare themselves for a fresh round of vetting. The security companies have been directed to file, among other documents, details of their owners and residence, audited books of accounts and a list of foreigners working in the firms and their work permits. In a press statement issued yesterday, the Government said it was mandatory for all private security providers to be vetted. Some private security companies have suffered credibility issues after their employees were linked to crime. The new directive comes days after the Fred Matiangi-led ministry unveiled new training regulations for people seeking to work as private security workers. Gone are the days when security firms would pick their staff from the villages and streets, dress them in company uniforms and deploy them to work as watchmen. The new guidelines envisages that the man or woman opening your gates will no longer be a school dropout of poor etiquettes and public relations, as has been in most cases. The new syllabus has been developed by a team of security experts, drawn from among other security backgrounds; private sector, National Police Service and National Intelligence. Learners will underground a 330-hour training that will include units such as a mandatory 18-units course from which written examinations will be administered. In the spirit of further equipping the guards, the Government had last year announced plans to arm them.   The plans were, however, shelved until a regulatory framework is developed.