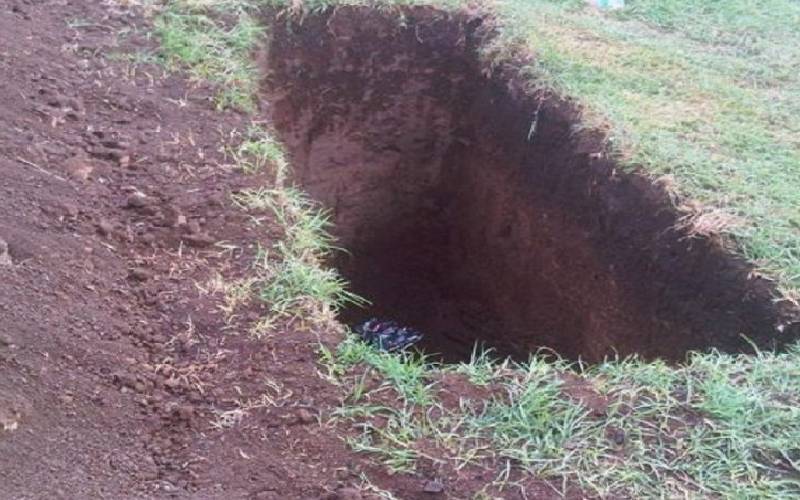 A 50-year-old man who prepared his grave some months ago has committed suicide in Homa Bay County. Charles Moseti hanged himself at God Okombo Village, Kasewe Location in Rachuonyo East Sub County. Moseti who hails from the neighbouring Nyamira County was serving as a caretaker at one of the homes in the village.  Witnesses said his body was found dangling on a rope tied to the roof of one of the houses in the home where he worked.

It is not yet clear whether the suicide had anything to do with the grave that he allegedly prepared some times early this year. Area residents said he had not been engaged in squabbles with anybody. Rachuonyo East Sub County Police Commander Charles Barasa said the deceased had at one time dug a grave in his home in which he planned to be buried upon death. “His pastor informed us that he had dug the grave at his home early this year in preparation for his demise,” said Barasa. However, Barasa said there was nothing linking his death to any external cause.

The police boss said Moseti never left any note to explain why he took away his life. “His death seems to have emanated from personal reasons but we are still investigating to get more information on the incident,” said Barasa. The body was taken to Rachuonyo South Sub County hospital mortuary in Oyugis town.