Could they have been saved? Crew, KCAA decisions that led to FlySax plane crash 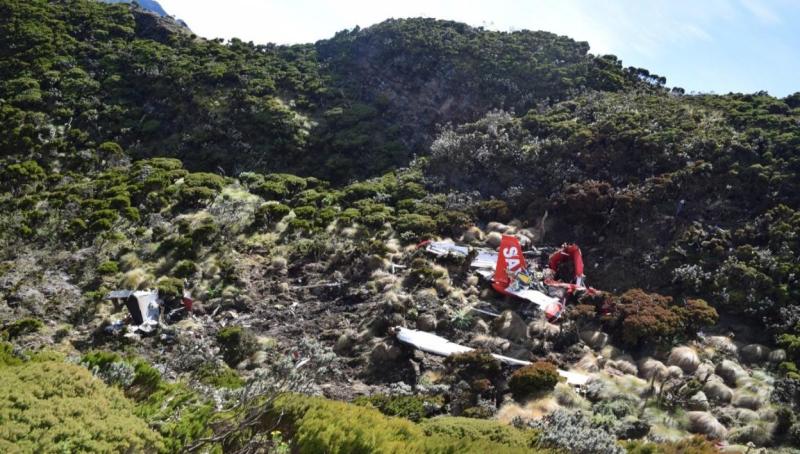 The mood inside the control tower at the Eldoret International Airport had drastically changed since the first time the tower had got in touch with a Nairobi bound flight from Kitale. An hour had passed since the pilots made contact with the control tower. By now, the flight, Flysax flight EXZ 102, ought to have been taxiing along the wet Runway 24 at the Jomo Kenyatta International Airport.

Fifty eight minutes after it took off from Kitale on June 5, 2018, the Cessna 208B Grand Caravan airplane, registration 5Y-CAC, flew straight into the Elephant Hill, a steep, mountainous section popping out of the Aberdare Ranges. Now, a new report blames the accident on the pilots’ apparent inexperience, possible laxity by the Kenya Civil Aviation Authority (KCAA) and the possibility of ‘a lack of awareness’ of a KCAA team monitoring the radar at the control tower at the time of the accident. All these, the report says, contributed to a deadly mix of events that led to the death of all 10 people on board. “The Aircraft Accident Investigation Department determines the probable causes of this accident to be the flight crew’s inadequate flight planning and the decision to fly instrument flight rules (IFR) at an altitude below the published Minimum Sector Altitude in the Standard Instrument Arrival Chart as well as their failure to perform an immediate escape maneuver following an alert, which resulted in controlled flight into terrain,” the report states.  Investigators also faulted KCAA for failing to hold the operator of the airplane accountable for a series of “known operational deficiencies”.

The radar safety controller at JKIA was also found to have lacked “situational awareness while monitoring flights within the radar service section”. When the two pilots, Captain Barbara Wangeci Kamau and First Officer Jean Mureithi, took off from the Kitale Airstrip at 1.05pm on that fateful Tuesday afternoon, they could not have imagined that this would be their last flight. In fact, on that day, the all-female crew had had an early start to the day, and the Kitale-Nairobi route was the last after a busy day. Earlier in the morning of the accident, the crew flew from Wilson Airport to Homa Bay and back to Wilson Airport, before taking off once again and making various intermediary landings at Ngerende, Angama, Olare, Olkiombo, Keekorok and back to Wilson Airport at 10.13am. The cumulative elapsed time from the first flight up to and including the return flight from Keekorok to Wilson Aairport was four hours and 16 minutes.