Governor Sonko is the problem in Nairobi, MCA reveals 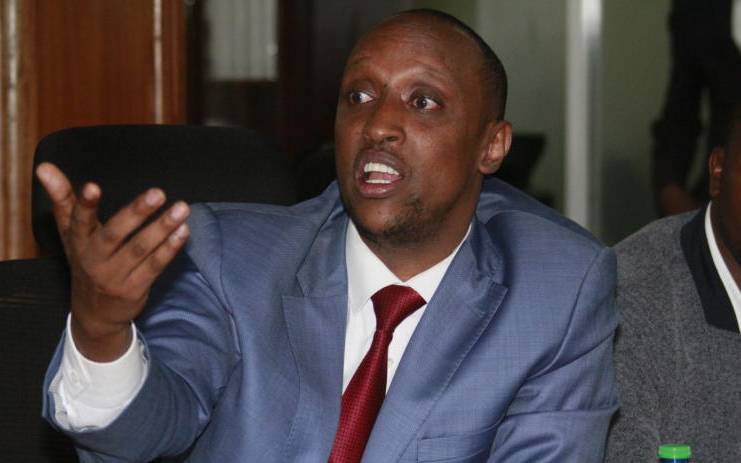 Embattled Nairobi County Assembly Majority Leader Abdi Guyo (pictured) has now placed Nairobi Governor Mike Sonko at the centre of woes bedeviling the assembly. Mr Guyo accused the governor of orchestrating division and using goons to intimidate Members of the County Assembly (MCAs) to sidestep oversight. “The problem we have in Nairobi is the governor. The chaos in the county assembly is well choreographed so as not to have proper oversight. There are so many who feel intimidated, but I will not be intimidated,” he said.

The Matopeni/Spring Valley MCA claimed that billions of shillings are being siphoned, adding that although the county has the capacity to increase revenue collection, it has backtracked from Sh11.5 billion to Sh7.8 billion. Mr Guyo made the remarks when he appeared before the Senate Devolution and Intergovernmental Relations Committee yesterday. The majority leader also claimed there are more than 6,000 casual workers, most of who are used as goons whenever they are required. “It is in the public records that there is an issue of casuals. These same casuals are used to reign terror on you if you ask any question. I want to tell those who want to vie to be governors in Nairobi, you will not campaign,” said Guyo. According to Guyo, his woes with the governor started when he sought to know why some 16 staff were suspended.

When Nairobi County Assembly Speaker Beatrice Elachi appeared before the committee, she blamed poor leadership at the assembly for the chaos recently witnessed. Ms Elachi and County Public Service Board members Mark Ndungu (Jubilee) and Maurice Gari (ODM) accused the former board comprising Guyo and Elias Otieno of being in cahoots with clerk Jacob Ngwele to misappropriate county resources. They also accused the three of using threats and intimidation to control MCAs. Elachi observed that chaos at the assembly began last year when she started fighting corruption. However, Mr Ngwele denied the allegations, saying he was a public officer and was not involved in the assembly's daily politics. Elachi also maintained that the clerk was not procedurally appointed to office, saying that the board which had allegedly confirmed him was not properly constituted.

“The president said that we must clean Nairobi and that's why I invited the authorities to investigate our operations at the time. I have, however, now formed four Ad hoc committees that will investigate the assembly operations so that if it gets to investigations there won't be any complaints from members,” she said. Mr Gari, who is also the Nairobi West MCA, claimed the trio was favouring some MCAs when it came to foreign trips, with those loyal to them traveling more times than others. He said those who questioned the trio's decisions would be de-whipped from committees without any explanation. “We have some MCAs who were traveling for a record 16 times in a year while others only traveled once. The members got tired of the discrimination and they (decided) to remove them from office but they resisted, which led to the recent chaos,” said Gari. Mr Ndungu, who is also the Hamza Maringo MCA, accused the trio of orchestrating Elachi's impeachment last year.