Parties and leaders must stop culture of violence 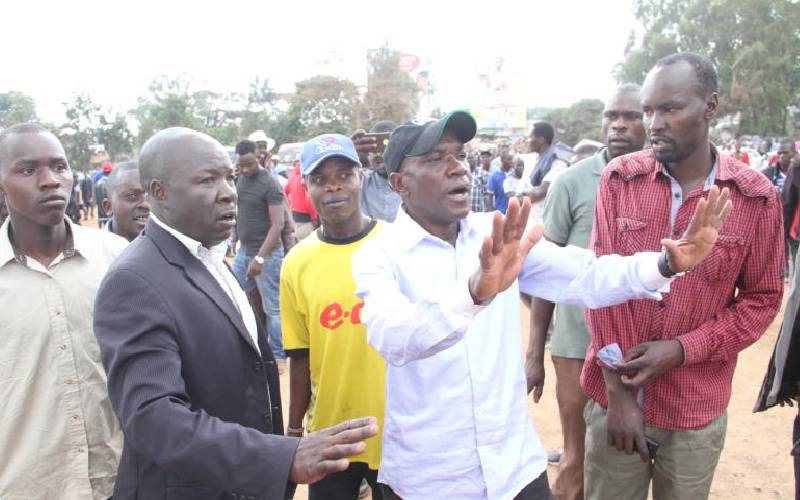 The culture of hooliganism during elections has taken root in Kenya. While the harrowing experience of the 2008 post-election violence should have sobered those among us who thrive on violence, it has not. The Kibra by-election campaigns brought out the worst in politicians who should know better, but choose to do the wrong thing. Candidates and their campaigners, some of whom are sitting and former legislators, were roughed up by rowdy youths, no doubt hired by politicians with scores to settle. ANC leader Musalia Mudavadi, former Kakamega Senator Boni Khalwale and Kimilili MP Didmus Barasa were among those who did not escape the misdirected wrath of goons. MPs in the Jubilee camp have come out openly to accuse their colleagues in ODM of perpetrating violence using a militia group under the guise of guarding their votes; a role that should otherwise be left to law enforcers and the Independent Electoral and Boundaries Commission. In response, ODM has accused Deputy President William Ruto and other Jubilee leaders of thriving on violence. Such claims and counter claims can only bode ill for this country. As key players in the Building Bridges Initiative, whose aim is to bring Kenyans together as a united people, self-introspection is required of leaders from the Jubilee and ODM camps.

Neither party can claim innocence in the ignominy that threatens our national unity. Parties and individuals should not be allowed to get away with such impunity, for the anarchy we breed today will consume all of us tomorrow.