Doctor argues her case on why female circumcision should be legalised 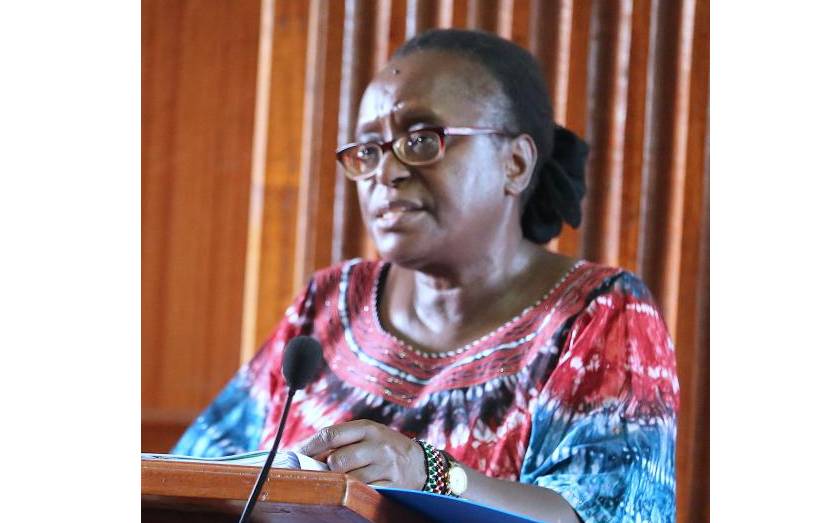 A medical doctor yesterday put a spirited fight to convince High Court judges that they should lift laws banning female circumcision. Tatu Kamau (above) told Justices Lydiah Achode, Margaret Muigai and Kanyi Kimondi that she wanted willing adult women to freely opt for the outlawed act as a way of observing their culture and for hygiene. She said the Government should instead limit female circumcision instead of a total ban.

According to the doctor, her plea is that willing adult women should be allowed to freely go for the cut, which is to be done by either doctors or certified traditional healers. “There is nowhere in the Constitution that this dignity and respect is defined and how it should be done. It is left to individuals to interpret it. If an adult girl wants to be circumcised, then she should be left to do it and that should be respected,” she argued. Dr Kamau's argument is that circumcision is different from mutilation. She said mutilation involved completely chopping off a part of the body. She said although the Government had banned Female Genital Mutilation (FGM), women still went to hospitals for cosmetic surgeries. According to her, communities that have the cut are unfairly categorised as backward by those who are against the same.

She, however, admitted that FGM caused, among other issues, birth complications and in some instances, a woman was left unable to hold her bladder after the procedure. In other cases, she acknowledge, the cut had been fatal.  “You cannot separate an act from an actor. If I steal, I am a thief, if I do a barbaric thing, I am a barbarian. I can sum that from the word, we categorise those who do female circumcision as barbaric while those who do not do as the sophisticated. There is nothing unethical in medical field about female genital surgeries. We do it for cosmetic reasons,” she argued. According to Kamau, banning the practice was to adorn Western culture and consider the local practices as inferior. She wants the court to declare the Female Genital Mutilation (FGM) Act unconstitutional and also declare the board formed to fight the practice improperly constituted. State harassment

“Your petitioner avers that the dignity of the traditional practitioners of the female circumcision is disregarded and actively demanded through the State- sanctioned ridicule and harassment of individuals and communities,” she argued. “Every citizen has a right to equality and freedom from discrimination, but the said Act shows open intolerance to women who wish to undergo female circumcision even for the purpose of upholding their culture. They are treated unequally to the men who undergo similar surgical procedure.” Parliament passed the Female Genital Mutilation Act in 2011 and spelled a punishment of between three years and life imprisonment for those caught conducting FGM, those who cause death of an initiate in the process and also a fine of Sh200,000 as an alternative punishment. Dr Kamau argued that anti-FGM Act is against the Constitution for limiting the women’s right to decide what should happen to their bodies. She said: “Every citizen is entitled to freedom of conscience, religion, belief and opinion, but the said Act discriminates directly against women of specific ethnicity and religious beliefs with reference to their traditional practice of female circumcision." The doctor’s view is that women can equally undergo the adulthood initiation process safely if a female gets proper training, just as the traditional male counterparts. “The Act has created distress within some communities by overly favouring the cultural practices of one gender against the cultural practices of the other gender in contravention of the constitutional fundamental right of gender equality,” she adds. Kamau holds a master’s degree in Public Health from the University of Nairobi, which she obtained in 1998. She obtained her first degree from Andhra University, India in 1988. She was registered to practice on August 15, 1990. The case will continue today.