Politics
At only 34 years, Ms Karimi had resigned from her teaching job twice to become the only woman MP Meru region has ever had. 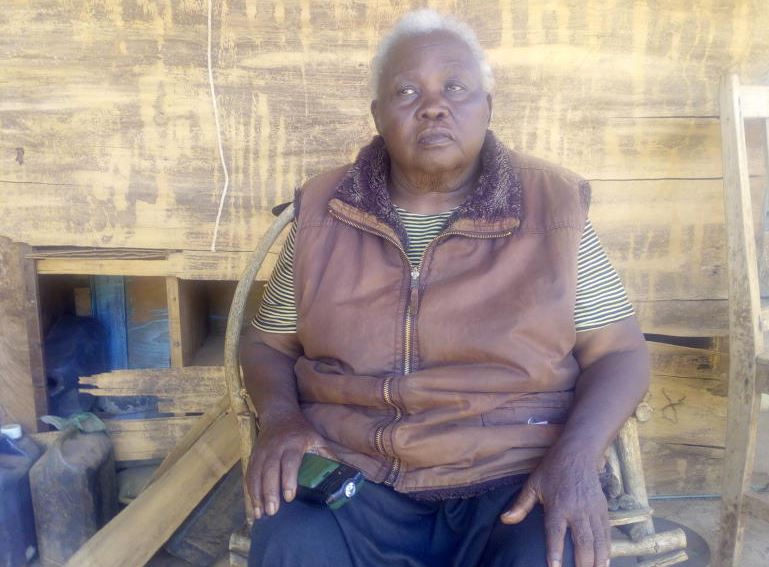 For many it was a historical grand achievement. For her it was a sad chapter in life. One that should be forgotten. She successfully trod where no woman in the entire Meru region – Meru and Tharaka Nithi counties combined – had ever ventured before and none after her. But the events that followed Annarita Karimi’s achievement left her with lifetime regrets.

“What did I come out with from it?” the 79-year-old asks, almost denying us this much sought for interview. At only 34, Ms Karimi had resigned from her teaching job twice to become the only woman MP – in a mixed gender contest – the entire region has ever had. In a highly patriarchal society that Meru is, Karimi set a monumental record when she beat five men and became Meru Central MP in 1975. In the 2017 General Election, only one woman vied for Parliament in the Meru’s nine and Tharaka Nithi’s three constituencies. Beatrice Kiragu came a distant fifth with just 1,822 votes against winner Rahim Dawood’s 29,042 in the North Imenti parliamentary race. Today, the only women parliamentarians in the two counties are the woman representatives. When Karimi ventured into politics in 1974, she was the headteacher of St Mary’s Girls Secondary School, Igoji.

Renowned tycoons The campaigns were difficult, she recalls, and she would soon realise what a gruelling task she had to endure to win against six male opponents. She had no resources, and she was up against some of the renowned tycoons of then vast Meru district and beyond. She lost miserably, emerging fourth with just about 2,000 votes. The seat was won by veteran politician Kabeere M’Mbijjiwe, a rich pipe-smoking baron who owned large swathes of agricultural land in all the Meru regions. She was left penniless and jobless – having resigned from her Teachers Service Commission job – with her car broken down after making many rounds in a constituency that had zero inch of tarmac. She licked her wounds and returned to teaching. “My record at the Teachers Service Commission was very clean. I applied and was immediately posted to Nkabune Technical High School where I continued teaching English, History and Christian Religious Education (CRE),” says Karimi. But no sooner had she settled back to her job than a petition was filed in court against M’Mbijjiwe’s win, with claims that he had used witchcraft to clinch the seat.

“I remember that petition clearly because there were some bizarre claims and photos produced that showed some serving politicians in Meru carrying goats on their bare backs,” Karimi recalls. She was summoned to give evidence in court as one of the contestants but she says she only spoke of what she had seen. “I had not seen any witchcraft and testified to the fact. It angered the petitioners but when the win was nullified, it formed the basis upon which I would comfortably win the by-election,” she says. The bitter M’Mbijjiwe’s supporters vowed not to vote for anyone associated with the petitioners and she was a direct beneficiary, having not given any adverse evidence against the vanquished winner. Against her better judgement and “in my crazy thinking”, she left the teaching job again and plunged into the 1975 by-election campaigns with no resources at all.

“I relied purely on goodwill and was pleasantly surprised that many male supporters were vowing loudly that they would only support the young girl,” Karimi says. The court having blocked M’Mbijjiwe out of the race, she was now up against five men. “I still give myself tidy marks as far as speaking in a podium is concerned,” she says with a chuckle. She won the seat comfortably and confesses that the votes were so many she forgot her count. To her, the race was both difficult and easy, given she was trying something new in the patriarchal community.

SEE ALSO: Man who glued wife genitals is on the run

“The good thing is that once the people of Meru make a resolve, they follow it to the end,” she says. Powerful forces But her political career would be short-lived. Because she had set out to be an outspoken agent of the people in Parliament, she eventually got into the bad books of powerful forces in government who immediately set out to clip her wings. In 1978, an audit of the accounts of St Mary’s Girls School during her tenure as headmistress was launched and by the end of the year she had been convicted by the Meru Resident Magistrate on two charges of theft of a total of 56,510.40, and this earned her a two-year jail term. What followed were unsuccessful appeals lodged at the High Court and at the Court of Appeal whose rulings are today at the centre of legal scholarship. She was still pursuing her appeals to avoid losing her seat when Parliament was dissolved in 1979, ending her short-lived but dramatic political career. “If I did not have a good religious grounding, I would have been stressed to death or committed suicide. That is where politics drove me to. Would I discourage our young women from running for public office? No, I would advise them to be truthful in everything they get into,” says Karimi. She says her family of two daughters and one son are her rock, besides the religious foundation ingrained in her as she grew up at the Igoji Mission after the death of her mother in 1953. Karimi went to Loreto Girls in Limuru for her secondary education and in 1967 got a Catholic Church scholarship to the USA where she got a Bachelor of Education. She says she has never been married. Karimi returned to teaching again in 1980 until she retired in 1994.

Man who glued wife genitals is on the run