Unease in Kibra as Mariga campaign cars pelted with stones

Politics
Mariga's car was pelted with stones, and in one instance, tyres were set ablaze in the middle of the road

As Kenyans took to social media to congratulate champion Eliud Kipchoge, the atmosphere was different in Kibra. Jubilee candidate in the upcoming by-election slated for November 7, McDonald Mariga, was a man no longer at ease. For a while in the campaign trail, he has seemed to pull the crowd, making his rivals question their assumed popularity. 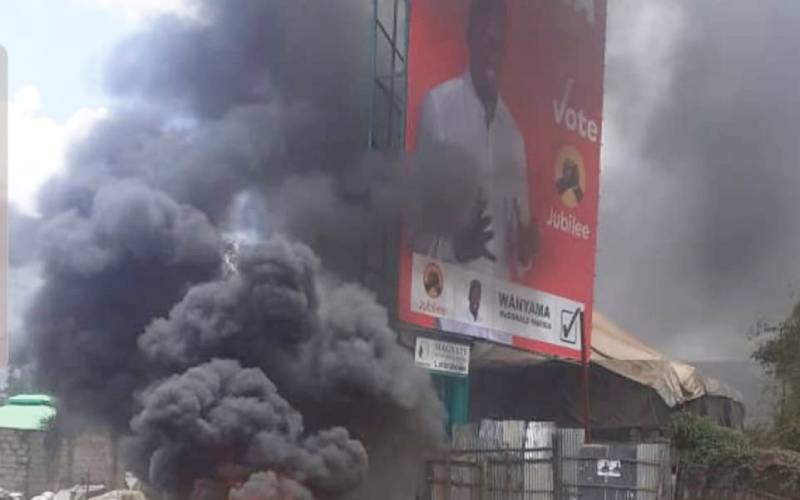 Mariga's car was pelted with stones, and in one instance, tyres were set ablaze in the middle of the road, a few metres from a towering billboard with the candidate's face. 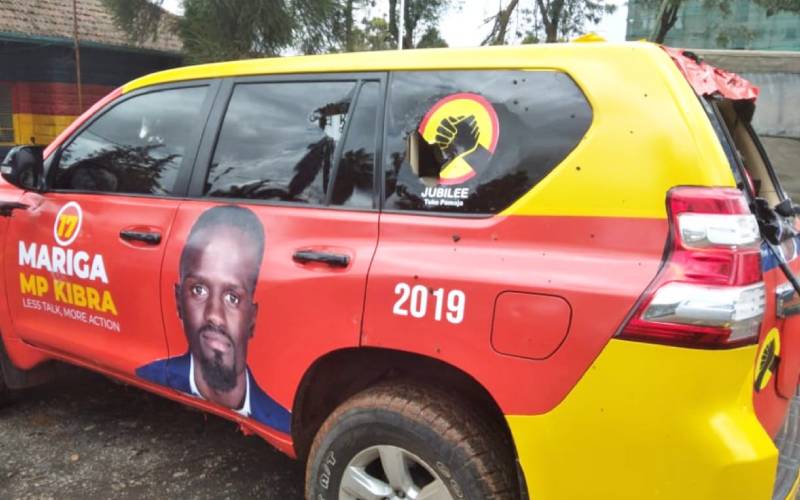 The chaos came a few days after ODM petitioned the electoral commission to open an internal probe into vote-rigging claims, raising the stakes in the Kibra by-election that has escalated the supremacy battle between Deputy President William Ruto and Opposition leader Raila Odinga. 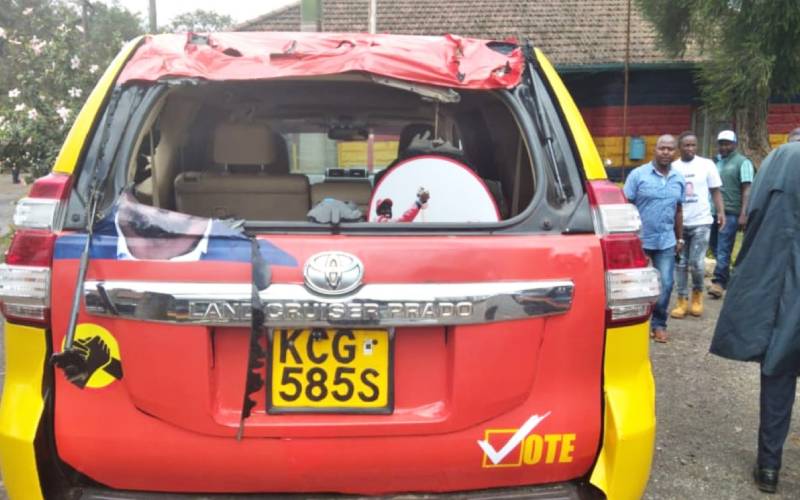 The Orange party linked two senior ICT officials at the electoral agency to an alleged plot to rig the poll by doctoring the electronic voter register in favour of the ruling Jubilee Party.

The party officials claimed the two officials were working closely with a Jubilee politician to rig in Mariga, largely perceived to be a Ruto project. Why is the Kibra victory a big deal? A win for Ruto in the parliamentary contest will be a major political pronouncement as he seeks to consolidate his support in the capital city that has remained strategic for presidential candidates. For Raila, losing the seat would be a big blow for him as Kibra has traditionally backed him.

MPs Moses Kuria, Kimani Ichungwa could be next on Jubilee’s chopping board