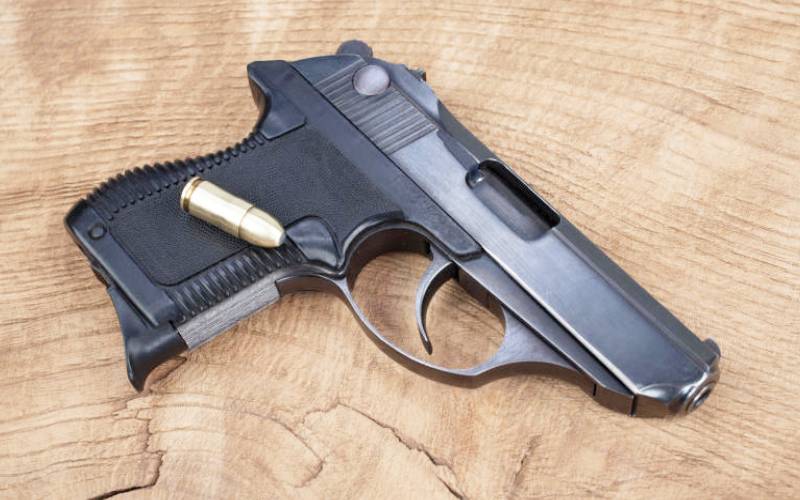 A shootout in a residential estate in Nyeri Town on Thursday night has ended a one year man hunt for a man alleged to be behind the death of a local chief. Police have been looking for Elias Kiriithi since last year in connection with the death of Gitathini Subchief Peter Kimiti. The subchief was shot on a farm a few feet from his home. Kimiti’s death led to a visit by Interior Cabinet Secretary Fred Matiang'i who ordered a massive crackdown to stem rising crime. After an extensive reshuffle of police officers in the subcounty and a year of investigations, Nyeri Subcounty Police Commander Paul Kuria said officers who had been on Kiriithi's trail were involved in a shootout that led to his death. “The suspect was armed with a Ceska pistol, and an extra magazine. He opened fire on our officers who retaliated," Kuria said. Police stated that Kiriithi was accompanied by one suspect who escaped on a boda boda. “We would like to warn those criminals to surrender themselves to the police as we shall not give up until we apprehend those involved." The police boss added that the suspect was wanted in connection to several robbery cases under investigation. Kiriithi, 34, had other aliases, including Tony, Sniper, Munene, Tony, Baby Simo, Anthony or Mzai. He is believed to have been on the run since last year. Investigators said he had been hiding out in Kiambu but following the security operation in Gatundu, Kiriithi was forced to return to Nyeri Town.