13 die as bus collides with truck at Awasi

Thirteen people have died and several others injured in a crash involving an Eldoret Express bus and a truck at Awasi along Kisumu-Kericho highway. The accident occurred a few minutes past midnight when a truck heading towards Kisumu collided with the Nairobi-bound bus killing 12 passengers. The truck driver died on the spot. According to police reports, the bus driver lost control of the vehicle and drove on the wrong lane hence the head-on collision with the truck. In a statement released by police on Friday, the bus had 51 passengers by the time of the crash and was headed to Kericho.

“Eleven passengers and both the drivers died on the spot,” read a police statement.  Police urged road users to be extra-careful and observe speed limits more so at night to avoid accidents. Nyanza Regional police boss Vincent Makokha said the injured had been taken to hospital. According to police reports, 35 casualties with multiple injuries have been evacuated to Jaramogi Oginga Odinga Teaching and Referral Hospital (JOOTRH), Awasi Mission Hospital and Hope Medical Hospital. 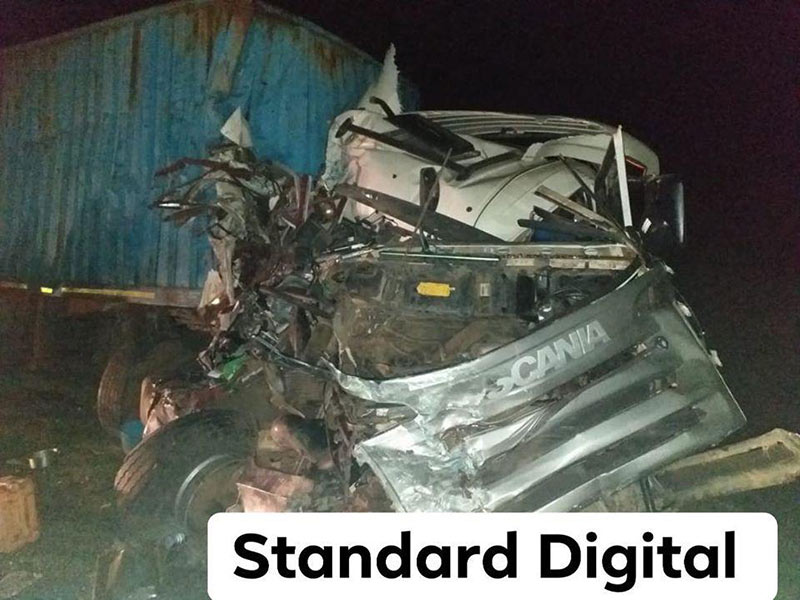 Survivors Emotions ran high as survivors of the night road accident recounted their ordeal to the media at Jaramogi Oginga Odinga Referral Hospital. Writhing in pain while on blood-stained beds, pieces of torn clothes, tears down their cheeks as they thanked God to have survived.  Elizabeth Awino, who was travelling to Nairobi from Bondo, said she was lucky to have survived as nurses at the casualty ward attended to her various deep cut injuries. "My God…You are great. I thank you," she mumbled as the nurses attended to her.

Bodies of the deceased have been moved to Ahero Sub-County Hospital mortuary awaiting postmortem.