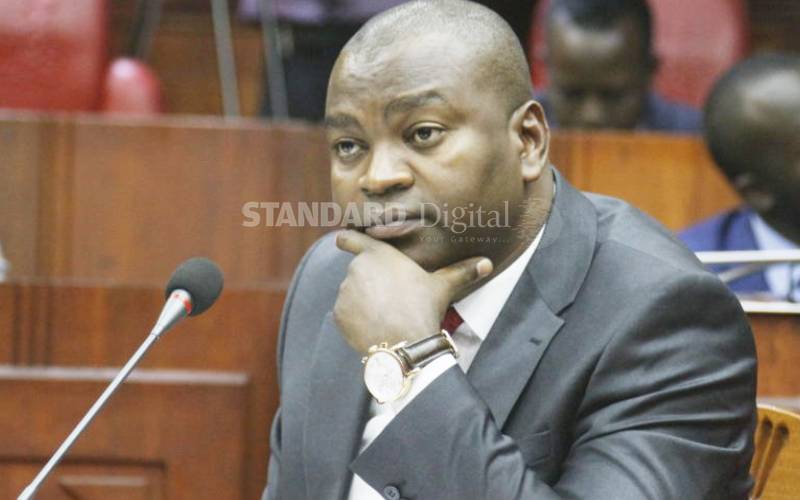 The ruling on whether the court should bar the Director of Criminal Investigations (DCI) from re-arresting former Sports Cabinet Secretary Rashid Echesa (pictured) over Matungu killings has been halted. The trial judge, Jesse Njagi, said the ruling was not ready as a result of pressure of work and moved it by three weeks. Echesa was arrested on May 17 after he heeded to a call by the County Police Commander to record a statement concerning what he knew in the killings. He wants a declaration that his previous arrest was an abuse of the criminal justice system and an infringement of his rights. Echesa said he was arrested after attending a political function in Ikolomani. He was suspected to have been involved either directly or indirectly in the deaths of 21 people between March and May before General Service Unit officers were deployed. The ex-CS told the court he was locked in cells before being transferred to Nandi Hills Police Station where he was booked for two days. In the petition where the DCI, Director of Public Prosecutions, Attorney General and the Inspector General of Police are respondents, the petitioner claims he is unfairly targeted as he is not a Matungu resident. He maintains he is unfairly targeted and that the agencies involved in the investigations are being used by his political enemies. Echesa is seeking to be shielded from further arrest and prosecution. AG Paul Kihara, through lawyer Gilbert Tarus, sought to have the petition dismissed on grounds it is an abuse of the court process and an attempt by the petitioner to evade further investigation. Njagi heard that the orders sought were tantamount to clothing Echesa with immunity against criminal proceedings. Justice Njagi slated the ruling for October 17.