Political factions may be ugly but not always bad for democracy

Commentary
For a political entity to withstand the twists and pulls of factions from within, it must have an overarching ideology that transcends its founders. 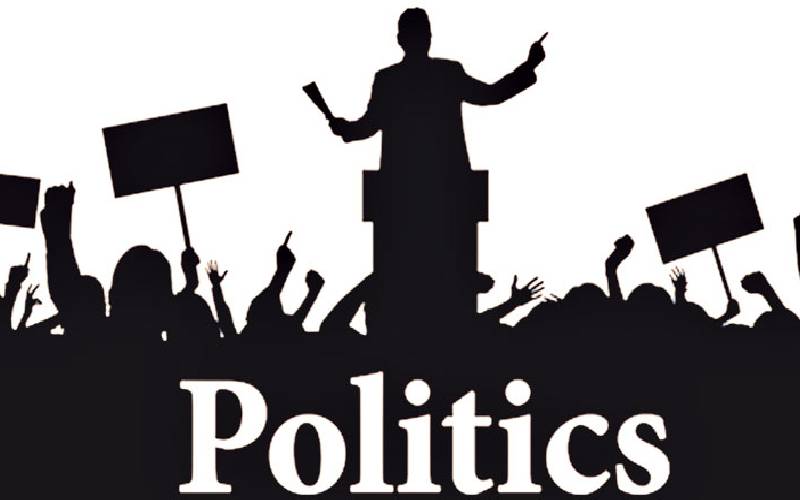 Diversity as a feature of human organisation and civilisation has always been baffling and interesting at the same time. Paradoxically, diversity and uniformity are different sides of the same coin. For instance, many people can agree on the existence of God, but differ on how to worship. True to this, there are many religions on Earth that differ fundamentally on the concept of a higher power. What's more, even within these religions, there are further sub-groups which differ either ideologically or in the interpretation of religious texts.

For instance, in the 16th Century, protestant reformers like Martin Luther, John Calvin and Henry VIII challenged the existing papal authority of the Catholic Church and called for religious and political redistribution of power. The subsequent disruption triggered war, persecution and a 'counter-reformation'.  In politics too, people can belong to the same polity, but differ on how the political resources of that polity should be distributed. In fact, political disagreements are as old as the art of politics itself and are becoming more complex as our politics continue to evolve from basic systems of self-governance to complex systems such as democracy. Now, many countries aspire to adopt democracy in one form or another, embracing both the good and apparently, even the bad.

Democracies around the world are still adapting to the concept of "a government of the people, by the people, for the people" and other equally appealing democratic ideas. In the same spirit, these democracies are still scratching their heads in an attempt to find the perfect antidote to counter the bad of democracy. A good example is factionalism. History teaches us that factionalism can be a good servant but a bad master. With limits, factionalism offers dissent and necessary opposition to ensure political entities evolve according to the changing needs of the populace. On the other hand, unchecked factionalism is often destructive, sweeping away even institutions created with noble intentions.

In the United States, the 'big tent' parties have proven to be prone to factionalism. In the run-up to the 2016 election, both the Democratic Party and the Republican Party seemed to be grappling with bitter factionalism as ideologues and policy wonks tore at each other and threatened to pull their parties apart. The DP found itself caught up in a fierce Clinton-Sanders rivalry which revealed deep fissures within its ranks. The Republican Party on the other hand, found itself in a similar predicament, and presented an unlikely candidate to face off with its Democrat counterparts for the presidential election. Both parties, despite their prominence, have not escaped the cracks that always occur in a seemingly perfect system. They have learnt to live with it. Perhaps then political factionalism is not a bug but a feature of democracy. 'Big tent' parties tend to have members who profess different ideologies and pay allegiance to different personalities within the ranks of their organisations.

SEE ALSO: The scramble for Kenyatta

Kenya's political history is not devoid of party factionalism and defections, formation and dissolution of coalitions. While NARC 2002 was powerful enough to topple Kanu, it did not make it to the next general election as personalities pulled towards different directions and the centre collapsed. By 2007, the prominent players in the elections arrived for the contest in different vehicles; ODM and PNU. In 2013, the political heavyweights at  again arrived in different vehicles; a re-branded ODM and a newly-formed Jubilee Party. In 2017, Jubilee Party faced off with NASA. The ideologues that made up the NASA coalition have since pulled in different directions. Again, the centre has collapsed.

The Jubilee Party seems to be grappling with internal factionalism which if chanelled properly, can be beneficial to the evolution of its ideology. Our history as a polity does teach us a thing or two about political parties, coalitions and factions. For a political entity to withstand the twists and pulls of factions from within, it must have an overarching ideology that transcends its founders. Political entities created to propel personalities to power lack the necessary foundation to withstand factionalism from within. Rather than evolve with the changing times, such entities do not take shape on their own, but mutate with political ambitions of their founders. While seeking power is an inseparable part of the ideology of such an entity, it should not be an end in itself. Political parties founded on a strong ideological foundation seem to hold still despite shocks and pulls from within. While political factions can be dangerous at times, they jolt institutions, keeping them on their feet at all times and revealing where the fault lines are. Mr Mokamba comments on topical issues