The General Conference of the SDA accuses the newly formed Nairobi Cosmopolitan Conference (NCC) of illegally using the "Adventist" trademark and SDA Logo.

The US-based General Conference, through the East Kenya Union (EKU) Division, wants the High Court to bar NCC from operating as religious entity since it is registered as a private company with directors.

In a suit filed at the Commercial Division of the High Court, through EKU President Samuel Makori, the General Conference of the SDA says it has exclusive rights for usage of the word Seventh Day Adventist.

Makori, through lawyer Japheth Rachuonyo, under a certificate of urgency, has listed NCC as the defendant while the Registrar of Companies is listed as an interested party.  NCC is represented by lawyer Mohamed Nyaoga.

The case, which was filed yesterday morning, was listed for mention in the afternoon but failed to take off as Justice Grace Nzioka was not present. The teams were asked to return to court this morning for directions.

The EKU accuses NCC of infringing on its trademark which is registered under the Kenya Industrial Property Institute.

“The use of the SDA registered trademark by NCC have infringed upon the protection provided to the General Conference under registration with KIPI and under Trademarks Act, and such use by NCC has been without the conference’s authority,” Makori says in a sworn affidavit.

Makori further accuses NCC of trespass and invasion for taking over and running churches that were initially registered under SDA Kenya. These include Kangemi’s Mountain View SDA, Meru’s Makandi SDA, KPCU SDA in Mowlem and Saika West SDA.

Last week, KPCU SDA church in Mowlem, off Kangundo Road, in Nairobi, voted to switch allegiance from Central Kenya Conference (CKC) to NCC, becoming the third to do so.

“In reference to the foregoing at CKC, the SDA KPCU Church through a church board held on September 7, 2019 and thereafter Church Business Meeting held on September 14, 2019, members unanimously voted that the church ceases to be part of CKC immediately,” a notice reads.

'Wakanda Forever' is No. 1 for 4th straight weekend
Arts and Culture
By AP
23 mins ago
Juliana Cherera resigns as IEBC vice-chairperson
National
By Winfrey Owino
29 mins ago
Bob McGrath, 'Sesame Street' legend, dies at 90
News
By AP
36 mins ago
Esther Okenyuri Anyieni: From bell ringer to senator
Politics
By Edwin Nyarangi
41 mins ago
.

By Associated Press 51 mins ago
Why we were beaten 3-0 by England! Senegal coach breaks silence after their elimination 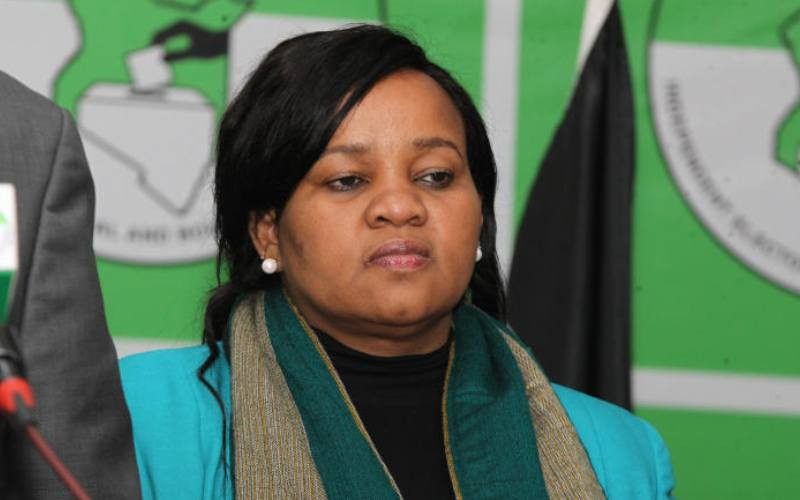