Coast
Charo had been convicted by Justice Erick Ogola and jailed for eight years early this year upon entering a plea-bargaining with the State. 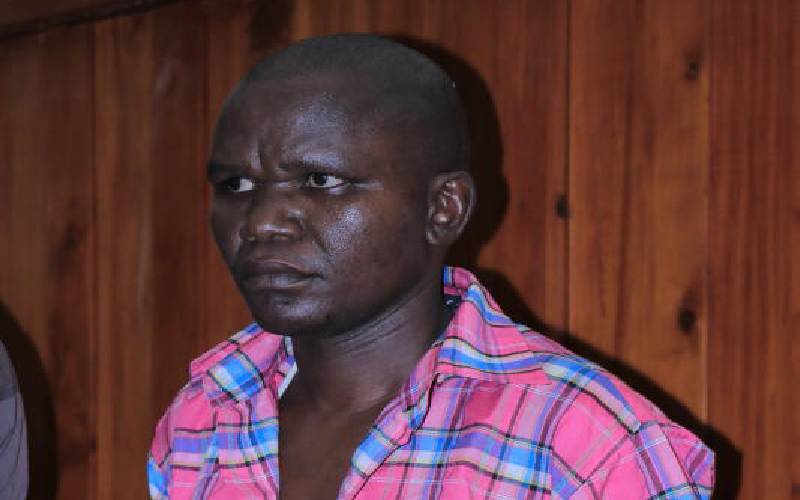 A murder convict serving an eight-year jail sentence has told the High Court in Mombasa that he was coerced into entering a plea-bargain with the State to save his skin. Ngira Karisa Charo (pictured) yesterday, for the second time, recanted his testimony on killing businessman Issack Kassim Sorow in Kilifi on March 8, last year. Charo was charged with Sorow's murder together with Eddlied Mandi Jilani, a female driver for Kilifi County Government, and Makonde Ruwa. Last June 12, he surprised the court when he told Justice Erick Ogola that the Directorate of Criminal Investigations (DCI) had forced him to record a false statement implicating the co-accused in the murder of Sorrow.

Charo had been convicted by Justice Erick Ogola and jailed for eight years early this year upon entering a plea-bargaining with the State. Jilani and Ruwa denied the charges and their trial is still on. During the trial, Charo confessed that he strangled Sorow to death. In a statement to detectives, he alleged that Jilani hired him to kill Sorow. He claims the State had pledged to jail him for just four years for cooperating with detectives and if he confessed and testified against his co-accused.

Lawyers Jared Magolo, for Jilani, and Daniel Wamotsa, for Ruwa, accused Charo of turning into a hostile witness with his lawyer Cherie Oyier recusing herself from the case. However, yesterday the office of Director of Public Prosecutions (DPP) said it would propose to have the High Court in Mombasa set aside the Charo conviction.