Man kills wife and hangs self in love row

Rift Valley
A neighbour, Kennedy Barasa, said he heard a commotion in the couple's house at around 3am. 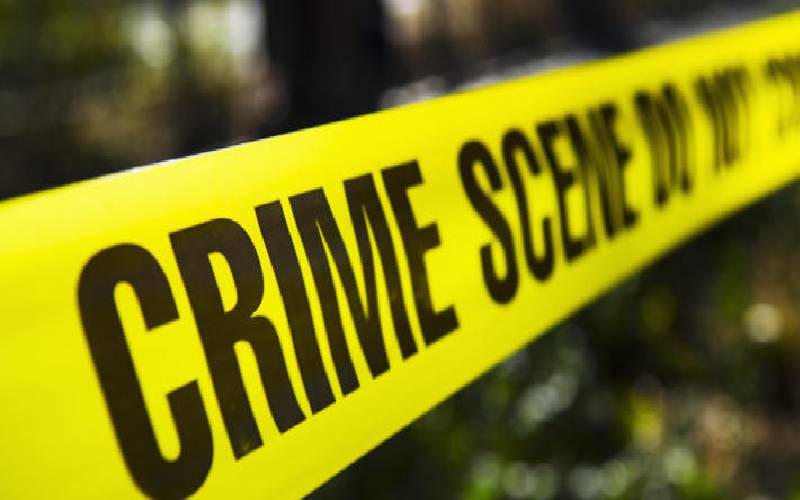 A man killed his wife before hanging himself at their home in Makunga over accusations of infidelity. Chief Selina Opande identified the victims as Stephen Kagumo and his wife Caren Chebet. The woman's sister who was living with the couple, said she was woken by commotion in the couple's bedroom. "When I rushed to their room, I found my brother-in-law with a machete in his hand quarreling with his wife," said the sister.

"When I inquired, my brother-in-law threatened to kill me, that is when I ran out of the house." Residents who were interviewed said the couple is not known to have domestic fights. A neighbour, Kennedy Barasa, said he heard a commotion in the couple's house at around 3am. He said residents were forced to use a grinder to break the metal door since it was locked from inside. "We found the woman lying in a pool of blood on the bed, while the husband had hanged himself in another room," Barara said. He said it was then that he called police.

Ms Opande explained that she was told Mr Kagumo had arrived home at around 9pm after watching a game of football. He was calm but later at 3am, he turned and attacked his wife. Neighbours who declined to be named said the the attack was a result of an illicit love affair. Trans Nzoia County Police Commander Ayub Ali said Kagumo attacked his wife with a machete hacking her several times. "The man killed his wife in a brutal manner before committing suicide. I urge couples to always speak out if they have marital problems. Many are silent and when the problems become too much, they turn violent," said Mr Ali. The bodies were taken to Kitale County Referral Hospital Mortuary