Tourists in Majorca were evacuated by lifeguards from a popular beach as a huge fire engulfed a section of forest just metres away.

The blaze took hold of a 250sq metre area of woodland behind the Es Trenc beach, close to Campos on the southern coast of the island.

Emergency services were called to the wildfire at around 11.30am yesterday and two helicopters, 17 firefighters and a plane worked to tackle the flames.

Helicopters could be seen dropping water onto the fire.

Police were also called to the scene, just 200 metres from the beach.

Around 100 sunbathers were led to a car park and an access road was closed while the fire was brought under control.

According to the Ibanat Conservation Authority, a section of pine trees were burnt down, Mallorca Magazine reports.

Thousands of holidaymakers flock to the unspoiled beach in August.

The fire was under control by yesterday afternoon and the cause is still unknown.

Last weekend, thousands were forced to flee their homes after a fire ravaged more than 1,000 hectares of a national park in Gran Canaria.

Several towns on the holiday island were threatened by the out-of-control blaze at a national park.

Smoke plumes could be seen from 70 miles away, on the neighbouring island of Tenerife.

By Reuters 2 months ago
Russia halts gas flow to Finland 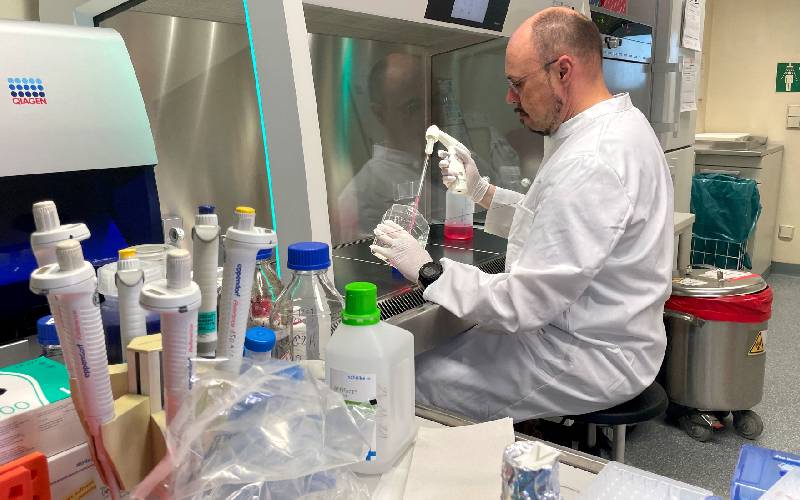