Western
Rehabilitation of the road started about seven years. 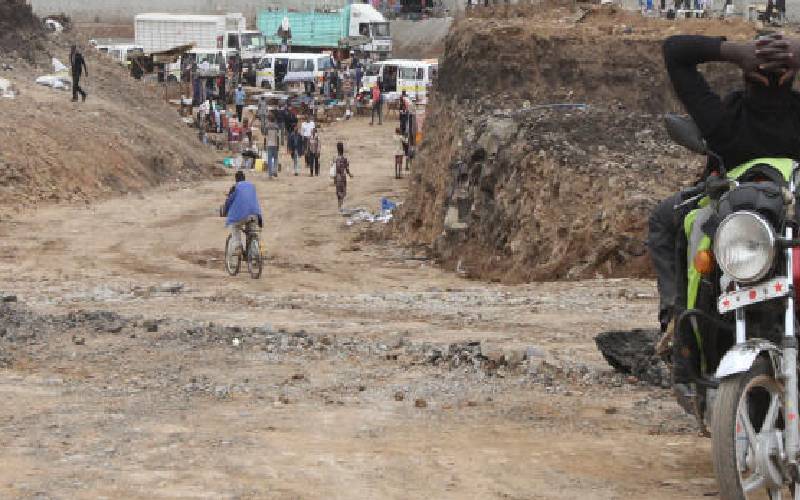 The county government and business community have complained over incomplete works on the Kisumu-Kakamega highway. Rehabilitation of the road started about seven years. Trade and Industrialisation Executive Geoffrey Vukaya said the four main markets (Gambogi, Majengo, Mbale and Chavakali) in Vihiga, along the route, have been given a raw deal by the Chinese contractors, Covec. He noted that the open drainages left near people’s shops had claimed more than four lives while countless others had suffered permanent injuries. “Covec promised to install streetlights in the four markets but they have boycotted the works,” Mr Vukaya said. He added: “This is despite the Chinese contractors extracting almost 90 per cent of the natural resources and materials for the works from Vihiga and have thereafter mastered the art of not honouring their promise to the business community and residents since 2013.” Majengo business community chairperson Mary Amagove said some of their premises have been "left hanging" and customers cannot access them due to open drainages. Vukaya said the open drainages pose a health risk since they have accumulated waste and stagnant water.