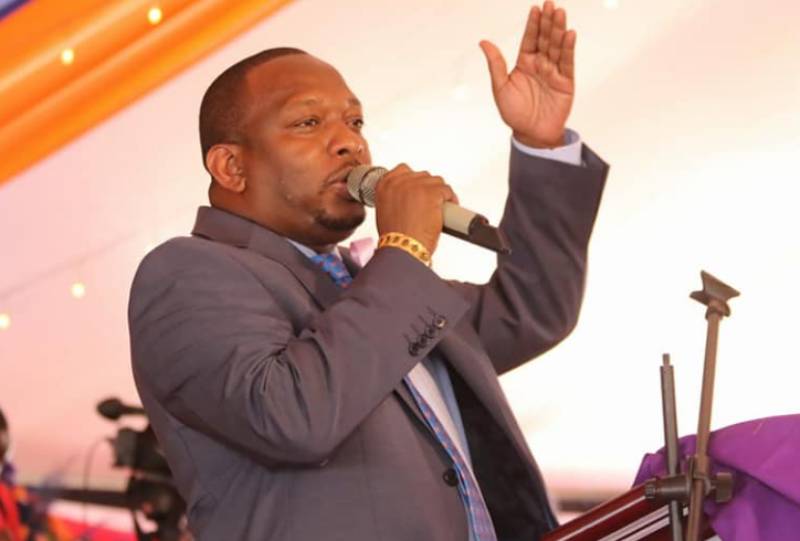 Nairobi Governor Mike Sonko (pictured) on Thursday caused a storm after he claimed that the late Kibra MP Ken Okoth had a son with nominated Nairobi MCA Anne Thumbi.

Sonko in his speech urged the family of Okoth to recognise Ms Thumbi and Okoth’s son.  This is after Thumbi was allegedly stopped from viewing the body at Lee Funeral Home in Nairobi.

“We are cognizant of the fact that Ken had a son with one of the nominated Nairobi MCA by the name Ann Thumbi alias Anita. The two love birds did not hide the fact that they shared a son,” he said.

“In spite of denials from some members of the family, it's clear that Ken recognised that and he was there for his son from the pictures and some other documents,” he added.

Sonko narrated how troubled Anne had wanted to visit Okoth while he was in hospital oversees but the visa processing took longer and Ken jetted back to the country.

“My humble appeal is that even as we prepare to bury Ken, let's not forget his son. He too needs and has a right to participate in the send-off of his beloved dad. As such, it’s our duty to protect the right of the child,” he posed.

Meanwhile, the court has stopped the burial/cremation of the Kibra MP following an application filed by Okoth’s second wife seeking to have her son recognised before his ‘father’ is laid to rest.

“It is hereby ordered that in the interim a temporary injunction be and is hereby issued restraining the 1st (Angelina Okoth) and 2nd (Monica Okoth) defendants, either by themselves, their servants or agents, from conducting the burial, interment, cremation and or in any matter whatsoever dispose of the body…” the order seen by Standard Digital read in part.