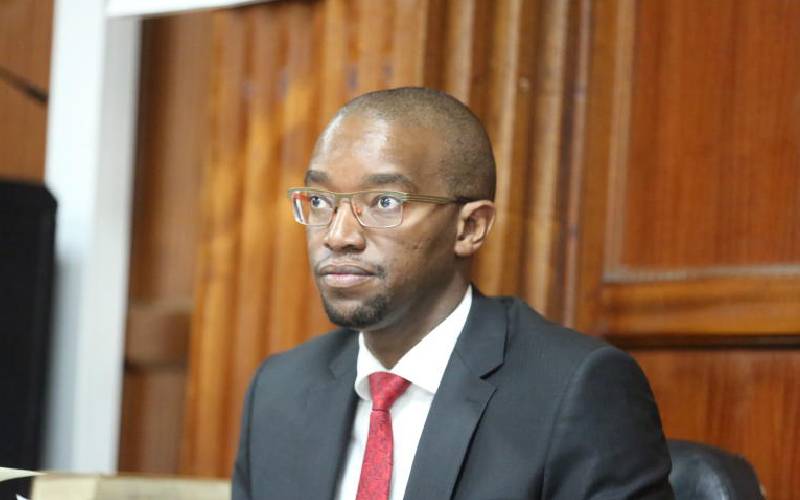 A journalist has denied receiving facilitation fee from a Government agency during the 2016 Rio Olympics. Citizen TV journalist Waihiga Mwaura (pictured) told Magistrate Elizabeth Osoro that he was informed he was earmarked to receive $1,000 (Sh103,000) from the National Olympics Committee of Kenya (Nock), money that he was not aware of. “I wish to state that we came back to Nairobi on August 26, 2016 via Ethiopian Airline and I later aired stories on Citizen TV related to the ‘Rio fiasco’,” said Mwaura. He was testifying in a case in which former Nock officials Pius Ochieng, Francis Kanyiri and Stephen Arap Soi have denied  Sh25 million theft and fraud. Mr Mwaura said he is ready to cooperate with investigators. “I wish to state that I appeared before a committee formed to investigate graft allegations during the Rio Olympics and I shared my side of the story,” he said. Mwaura said that his travel and accommodation was catered for by his employer, adding that he never initiated talks with Nock or any other agency involved in the preparation for the Rio Olympics. He told court he was assigned to cover the 2016 Summer Rio Olympics by his editor Michael Okinyi. During the competitions in Rio, athletes complained about kit going missing as well as poor travel and accommodation arrangements. There were also complaints that officials took their friends at the expense of coaches. President Uhuru Kenyatta called for an investigation into what went wrong.