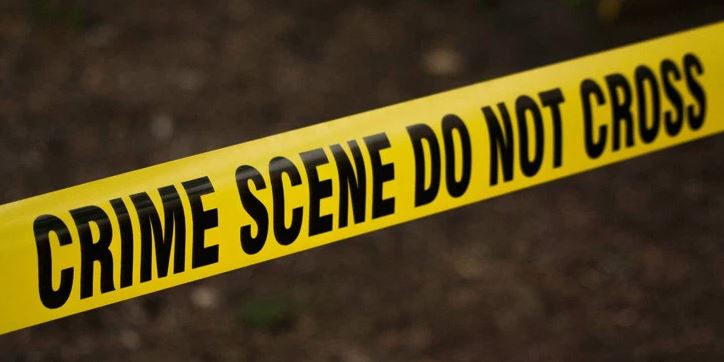 The body of a university student was found dumped on the roadside at Globe Cinema Roundabout, Nairobi. The deceased had been strangled and hit with a blunt object in the head, a physical site analysis indicated. A man he had been with and who the killers thought was dead, was found alive next to the body of Peter Kahugi Maina, 23.

The survivor who has been identified as James Kilonzo, 26 told police they were abducted from a popular club in Westlands in Nairobi, tortured and strangled before they were dumped there. Police said when they found him, Kilonzo seemed confused and he may have been drugged. A team of police officers that was patrolling the area Sunday dawn was alerted of the presence of the bodies that had been dumped by a car. When they arrived there they found Kilonzo alive and mumbling. Kahugi was a third year Geospatial Engineering student

“He said their attackers thought he and his colleague were dead too before they were dumped there. We are still talking to him for more,” said Nairobi police boss Philip Ndolo. Police later visited the club where the two had been and interrogated staff there. Preliminary findings have shown the two were pushed out of the upper floor of the club and taken to a waiting car at the ground floor where they were forced in there and taken to unknown destination. Ndolo said the deceased man had physical injuries to suggest torture. The survivor too had bloodstains on his face. Police are now relying on various cameras on the roads and structures to trace the movements of the car that dumped the two there.

SEE ALSO: Three men get 30 years each for murder

This comes days after the body of an eight-year-old boy has been found dumped in Nairobi River during ongoing clean-up, bringing total number of bodies to 14, since the exercise began. Last week the team found two bodies of children believed to be twins wrapped in a polythene bag. One of the babies was still fighting for his life but succumbed while being rushed to a nearby health centre. Nairobi Governor Mike Sonko wants police to identify those behind what seems to be a worrying trend and stop it. Police believe the victims are murdered elsewhere and dumped in the river. An operation to clean the river is ongoing. Factories spew industrial waste into the rivers, while dozens of informal settlements with no proper sewage system or trash removal fill them with garbage and human waste.