Ruto: Shun politics of deceit from our rivals 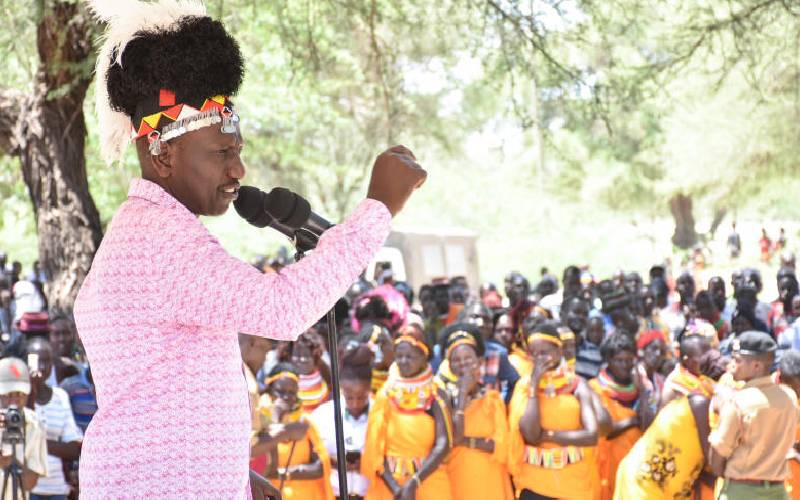 Deputy President William Ruto (pictured) has accused his critics of playing politics of deceit, betrayal and conmanship. He warned them to keep off Jubilee affairs, saying that the archaic fashion of politics would not help the country. The Deputy President said some leaders were using wrangles and deceit to wreck Jubilee Party. Ruto said Jubilee was a party of gentlemen who always keep their word.

“If you cannot keep your word, a written agreement, with fellow leaders how can you keep a verbal promise to the people of Kenya?" He added that as members of the Jubilee “we keep our word to leaders and to the citizens of the republic of Kenya that is why we are implementing every pledge that we made to the people of Kenya." The Deputy President spoke in Kakuma town in Turkana County on Sunday where he attended an interdenominational church service and funds drive in aid of over 30 churches in the region.

He said: "As Jubilee, we have agreed to shun outdated politics that thrives on divisions and tribalism. Today's politics is about uniting the people of Kenya and plan the country's development together." Ruto sentiments were echoed by Mr Ekal who said Jubilee had initiated programmes that have set the county on the right track.  “I am happy you have come to do things that will enhance development in Turkana,” he said. Mr Munene said Jubilee members will support President Uhuru kenyatta and Ruto, to deliver the party's promise.