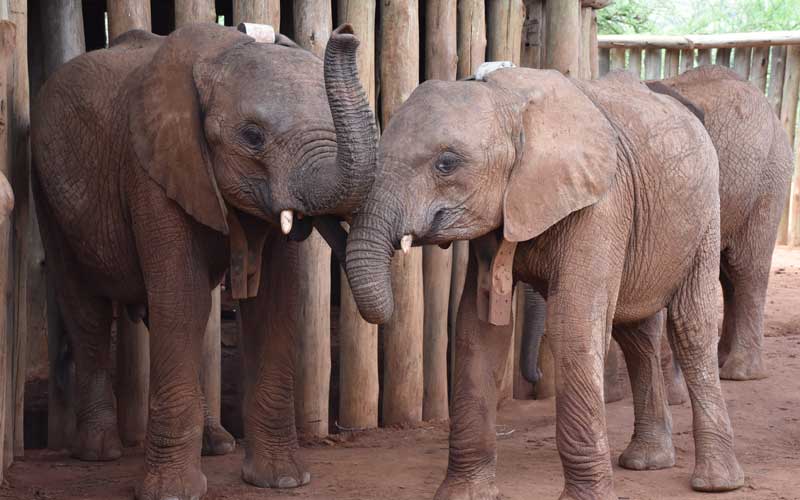 Three orphaned elephant calves have been successfully relocated to a holding facility in Sera Wildlife Conservancy, Samburu County. A team comprising Kenya Wildlife Service (KWS) and Northern Rangelands Trust scientists and veterinarians, Sera and Reteti management and community representatives had visited the two facilities and confirmed that requirements were in place for translocation from the Reteti rescue facility to Sera Wildlife Conservancy.   ''The rescued calves are doing well in what experts term as ‘soft release’ even as close monitoring continues ahead of the final release to the ‘real wild’,'' KWS  said in a statement.

The Reteti Elephant Rescue & Rehabilitation Centre is located within Ngilai West group ranch of Namunyak Wildlife Conservancy (NWC) in Samburu East Sub-county of Samburu County. The rescue facility was commissioned on July 26, 2016, following a series of appraisals and a MoU with KWS after a proposal submitted on January 2014. KWS  said the release of the elephants is a first of its kind in Kenya owing to the fact that both the Reteti rescue facility and the Sera wildlife conservancy are purely community projects managed by community members. To date, the facility has rescued over 47 elephants, one black rhino, one greater kudu and one zebra foal.