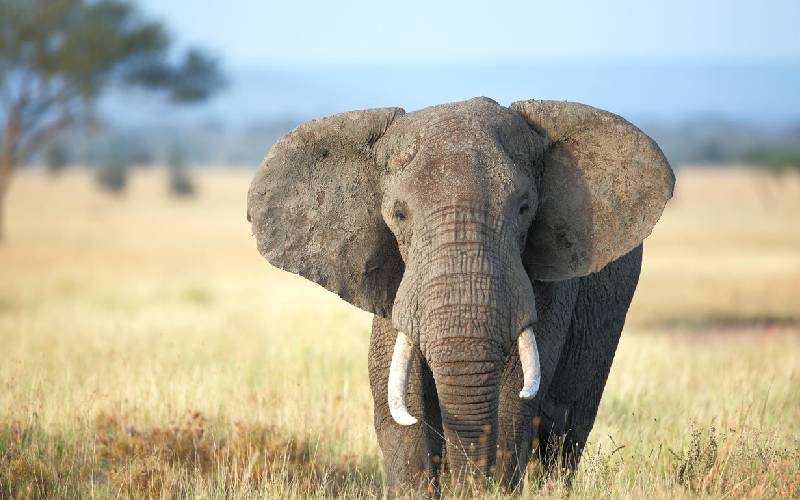 Ten elephants invaded residential areas in Maralal town, damaging property of unknown value and terrorising locals. The jumbos that strayed from Kirisia Forest roamed the town for hours, confining residents in their houses on Monday evening. They destroyed fences and structures. Kenya Wildlife Service (KWS) rangers who were called in to drive them away said the wild animals were following Loikas stream in search of water.

“By between 7pm and 8pm on Monday, the elephants had already arrived. You couldn’t even get out of your house to go to the toilet, as elephants were feeding on crops near the door. We don’t have peace,” said Jane Namoe, a resident of Loikas. Jack Njuguna, another resident, said people living near the stream were forced to remain indoors from as early as 5pm. He said they were forced to answer calls of nature in basins indoors.

Charles Lekapiti, also a resident, said the animals lurked near their homes at night. He urged KWS to intensify patrols along the river to prevent loss of life and property. Local Nyumba Kumi chairman Solomon Wanyeki and his vice Gulleid Mohammed said they had been receiving many calls from locals complaining that elephants were invading their villages. “We have been receiving many complaints from the public on how elephants have been destroying their property. Two weeks ago we had a report that the elephants had invaded people’s farms, destroying crops in broad daylight. Yesterday (Monday), we received a report that another group of elephants had stormed Allamano area within Maralal town, destroying property at 2am. We called the county commissioner who acted immediately,” Mr Wanyeki said.

Mr Gulleid said elephants had killed many people in the county in recent years. He said the animals’ presence near people’s residences might lead to further loss of lives. “Elephants are usually not friendly animals. If you play near them they will attack and kill you. They have killed many people in the past in this county. They are now moving closer to people and they might kill more people,” he said. Last year, Kalama Community Wildlife Conservancy and Save The Elephants started a campaign to encourage local communities to protect wildlife corridors.