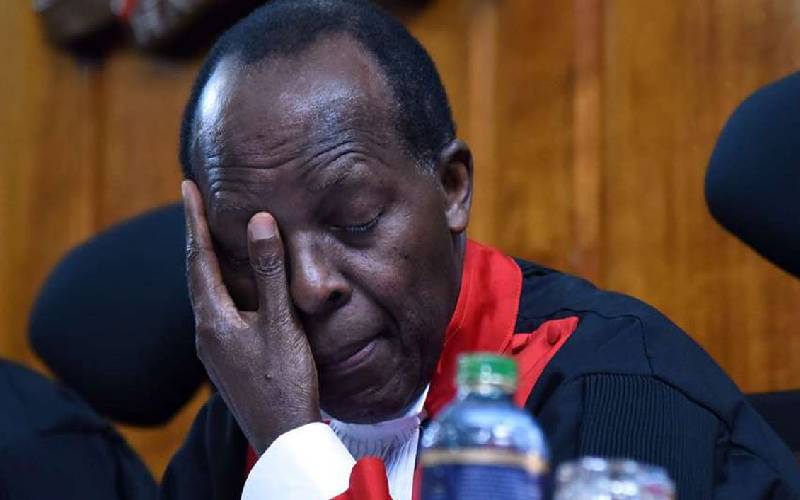 Members of a tribunal which will investigate Supreme Court judge Jackton Ojwang were yesterday sworn in by Chief Justice David Maraga. The occasion at the Supreme Court’s building marked the start of a process which will either lead to the tribunal recommending that Justice Ojwang be sacked or vindicate him. Justice Ojwang faces the tribunal on three grounds – an allegation that he benefited from a murram road project by Migori Governor Okoth Obado, he was contemptuous to a Judicial Service Committee and that he failed to appear before the same committee.

The in-tray of the Justice Alnasir Visram-led tribunal will be first collect information which includes visiting the judge’s residence in Uriri where Kakrao (Likowa Junction)-Rayudhi-Ojele road is said to have been done. It is then the team, which also include Justice (rtd) Festus Azangalala, Ambrose Weda, Andrew Bahati Mwamuye, Lucy Kambuni, Sylvia Wanjiku Muchiri and Amina Abdalla, will sit and determine the roadmap of the hearing. The tribunal will then give the judge a 14-day hearing notice. Paul Nyamodi is the lead assisting counsel.