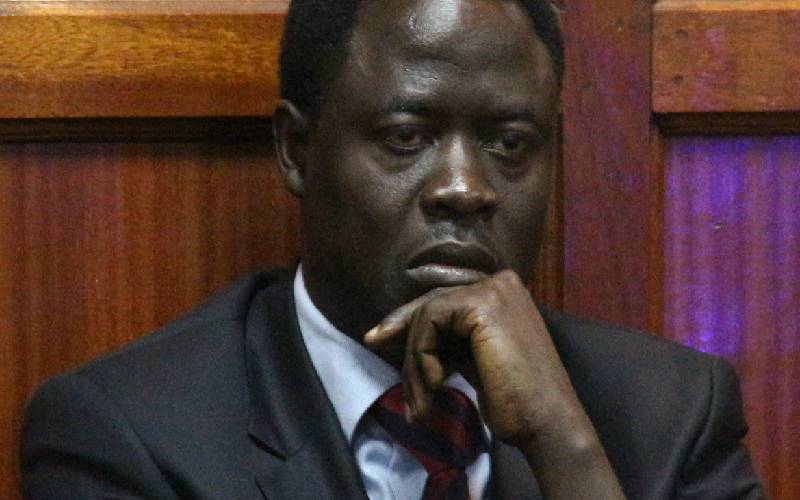 A lawmaker has proposed a report by a parliamentary watchdog committee be amended to recommend that a French tech company be investigated. Idemia Identity & Security (formerly IT Morpho) supplied the Independent Electoral and Boundaries commission (IEBC) with a biometric voter registration system.  The company later won a Sh3 billion tender for supply of the National Integrated Identity Management System (NIIMS). The Government aims to use NIIMS to capture key identification data of all Kenyans and foreigners. The National Assembly Public Accounts Committee investigated suspected electoral malpractices at IEBC and prepared a report.

In his proposed amendments to the report, Homa Bay MP Peter Kaluma (pictured) proposed that "the Public Procurement Regulatory Authority (PPRA) investigates within 60 days the conduct of Idemia securities Ltd". “If (PPRA) finds the company culpable, enters the name of the company in the central repository of debarred from and ensures that the firm is precluded from participating, awarding or entering into any kind of procurement contract,” he said in the amendments. Mr Kaluma also wants IEBC to recover money paid to the French company in the last election. “That all contracts entered into between the company in its current form or in former names of Morpho, OT Morpho, Saphran Identify and Security or otherwise be investigated and if found to have contravened the law or any other section of the Companies Act, be nullified," he said. The amendments will be tabled in the National Assembly this afternoon. The PAC report that the MP seeks to amend had recommended the exit of current electoral chiefs over alleged procurement malpractices.