Atheists in Kenya Society President Harrison Mumia has been fired by the Central Bank of Kenya (CBK).

According to Mumia who termed the move as a witch hunt, his employment was terminated over a series of political tweets on his timeline, claims reinforced by a letter he shared online.

“The bank’s attention has been drawn to your various postings in your twitter account @harrisonmumia in which you have made various postings with regard to certain events as specified hereunder.

"The issue of your statements has been the subject of past communication with the Bank...you were served with a Notice to Show Cause, why disciplinary action should not be taken against you.

"This was on grounds of disobedience and insubordination as was therein specified,” read part of the letter from CBK Director of Human Resources Terry Ng'ang'a.

Some of the political tweets that landed Mumia in trouble include:

"I thought MP Alfred Keter was in Government. I thought yuko ndaani ndaani. Mbona anashikwa na his Government tena? As a Jubilee MP surely! Unless being in Government is a myth! To those who voted for Jubilee, Mko ndaani ya Government in what sense?"

"Can Jubilee NEC make Uhuru resign like the ANC did for Zuma? Does Jubilee have a NEC. If it happened, that would be a relief for Kenyans. Right now any change from Uhuru is better than Uhuru Any!!” read another.

Mumia termed the move by CBK as a witch hunt while revealing that he is seeking legal recourse. 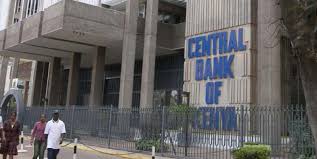 “The Central Bank of Kenya has sacked me from employment based on tweets that appeared on my timeline last year in February. It is unacceptable that @CBKKenya 's HR Acting Director, Terry Ng'ang'a should engage in witch-hunt.

“When you are employed by a public institution, like the @cbkKenya , the Acting HR Director Terry Ng'ang'a can search your tweets and sack you if she feels those tweets offend her. Then she looks for unconstitutional statutes and legislation. I will challenge this in court,” he wrote.

Premium Stone pillar with a rich history of World War II
Central
By Ndung’u Gachane
1 hr ago
Messi, Argentina beat Netherlands on penalties at World Cup
Football
By Associated Press
3 hrs ago
Premium How Kenya can get its syllabus back on track, avoid CBC hitches
Education
By Elisheba Kiru and Brenda Wawire
3 hrs ago
We need to be serious with public safety, law and order
Houghton Irungu
By Irungu Houghton
3 hrs ago
.